World League for Freedom and Democracy

The World League for Freedom and Democracy (WLFD), founded in 1966 as the World Anti-Communist League (WACL), is an international non-governmental organization and a member of the United Nations Department of Public Information NGO branch. The WLFD has more than a hundred national chapters around the world. On the stated principle "to advocate freedom, democracy and human rights as well as to support the cause of world peace", the WLFD states that it works in a joint endeavor to pursue freedom, democracy, and human rights for all mankind without distinction as to race, sex, language, religion, nationality, political affiliation, or occupation to preserve world peace and prosperity.

The US chapter was founded by General John Singlaub. 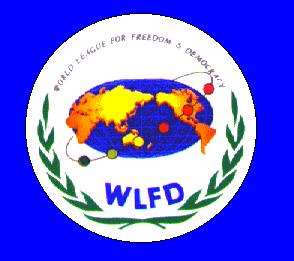