Angela Rayner is a British Labour Party politician and a former trade union official[1] who was elected as Member of Parliament (MP) for Ashton-under-Lyne at the 2015 General Election, increasing Labour's majority and share of the vote in the constituency.[2] She delivered her maiden speech in the House of Commons on 3 June 2015.[3]

Having previously served as Opposition Whip and Shadow Pensions Minister, Angela Rayner was promoted to Shadow Women and Equalities Minister on 27 June 2016. Then, when Jeremy Corbyn reshuffled his shadow cabinet following a string of resignations, she was appointed Shadow Education Secretary on 1 July 2016.[4]

On 17 July 2016, interviewed by Andrew Neil on BBC Sunday Politics, Angela Rayner was repeatedly asked whether she would vote for Jeremy Corbyn in the forthcoming Labour leadership contest. Rayner said she was against holding the contest but will listen to the membership and the democratic process and will continue to support Corbyn as the elected Leader of the Labour Party.[5]

"The reason I wouldn't answer who I'd vote 4 on today's #sundaypolitics is because my vote isn't the issue. To me it's about member democracy."[6]

As Shadow Education Secretary, she made a widely-praised closing speech in the House of Commons debate on uncapping University tuition fees on 19 July 2016.[7] The following month, Angela Rayner announced a plan, including reversing several unpopular Conservative government decisions, that could win Labour the next General Election. Rayner said Labour will reinstate the Education Maintenance Allowance (EMA) and maintenance grants for students from poorer families. Both these allowances were scrapped by former Chancellor George Osborne, who described the maintenance grants system as a "basic unfairness in asking taxpayers to fund grants for people who are likely to earn a lot more than them." Osborne's move was criticised by major charities, as well as student and teaching unions. Rayner said that it was:

"Disgraceful that the Conservative government abolished student grants that levelled the playing field for young people from low and middle income backgrounds. Opportunity taken from them is a loss to us all, leaving Britain worse off."[8]

On 7 March 2017, in an interview with John Humphrys on BBC Radio 4's Today Programme, Angela Rayner said she was disgusted by Theresa May's £3 billion cuts to the education budget. Paul Mason tweeted:

"The palpable discomfort & disdain in the BBC's voice when a working class woman gets to top tier politics, is why @AngelaRayner is trending."[9] 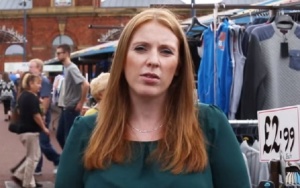 +
Has image2
File:Angela_Rayner1.jpg +
Has objectClass
Person +
Has objectClass2
Person +
Has posting
Shadow Secretary of State for Education +, Shadow Minister for Women and Equalities +  and Member of Parliament for Ashton-under-Lyne +
Has spouse
Mark Rayner +
Has twitter
https://twitter.com/angelarayner +
Has website
http://www.angelarayner.com/ +
Has wikipediaPage
https://en.wikipedia.org/wiki/Angela Rayner +
Has wikipediaPage2
https://en.wikipedia.org/wiki/Angela_Rayner +
Is stub
true +
Has subobject"Has subobject" is a predefined property representing a container construct and is provided by Semantic MediaWiki.
Angela Rayner +, Angela Rayner +  and Angela Rayner +