Dr. Bruce Ivins was a microbiologist, vaccinologist and biological weapons researcher at the United States Army Medical Research Institute of Infectious Diseases (USAMRIID) in Fort Detrick, Maryland. He allegedly committed suicide by taking a drug overdose on July 29, 2008 and the FBI later named by him as a "lone nut" behind the Amerithrax Anthrax Attacks just after 9/11.[1][2]No formal charges were ever filed against him for that crime, and no direct evidence of his involvement has been uncovered.[3]

On August 6, 2008, federal prosecutors declared Ivins to be the (lone nut) culprit of the crime.[4] Two days later, senators Charles Grassley and Rush Holt called for hearings into the DOJ and FBI's handling of the investigation.[5][6] On February 19, 2010, the FBI formally closed its investigation. [7]

Media reports focused on other possible suspects for years, but FBI files show that the investigation began to focus on Bruce Edwards Ivins as early as April 4, 2005, when Dr. Ivins told the FBI he would not talk any further without his lawyer present. On April 11, 2007, Dr. Ivins was put under periodic surveillance because "Bruce Edwards Ivins is an extremely sensitive suspect in the 2001 anthrax attacks".[8] Ivins was a scientist who worked at the government's biodefense laboratory at Fort Detrick in Frederick, Maryland. In June 2008, Ivins was told of the impending prosecution, and on July 27, 2008 it is claimed he committed suicide using an overdose of acetaminophen.[9]

A review of the science used in the investigation is under way at the National Academy of Sciences. [10] Some information about the case related to Ivins' alleged mental problems is still "under seal." [11]

The head of the FBI's investigation was unhappy with the conclusion that Ivins was a 'lone nut' killer, and publicly charged in a whistleblower lawsuit in April 2015 that the FBI had suppressed evidence (which he declined to specify) which would have exonerated him.[12]

Many points of evidence cast doubt on Ivins' guilt:

"Ivins cooperated with the FBI's investigations over the six years following the anthrax mailings, but by early 2008 federal agents made it clear that he was the prime suspect. Feds tailed him everywhere, around the clock, month after month. Ivins complained that FBI agents had offered to pay $2.5M to his son if he would provide evidence incriminating his father, and the FBI confronted his daughter with photographs of the anthrax victims, telling her, "This is what your father did"."[13]

Retrieved from "https://wikispooks.com/w/index.php?title=Bruce_Ivins&oldid=164361"
Categories:
... more about "Bruce Ivins"
RDF feed
Born on
April 22, 1946 +
Constitutes
Researcher +, Scientist +  and 9-11/Premature death +
Description
A biodefense researcher at Fort Detrick, M … A biodefense researcher at Fort Detrick, Maryland who, the FBI concluded, sent anthrax letters with crude anti-Zionist messages to the US politicians who were holding up the rollback of civil liberties in the wake of 9/11. After an investigation costing around $100,000,000 Ivins was declared to be a "lone nut" responsible for the crime shortly after he was found dead.the crime shortly after he was found dead. +
Died on
July 29, 2008 +
Display born on
22 April 1946 +
Display died on
29 July 2008 +
Display docType
Wikispooks Page +
Display image
File:BruceIvins.jpg +
Display image2 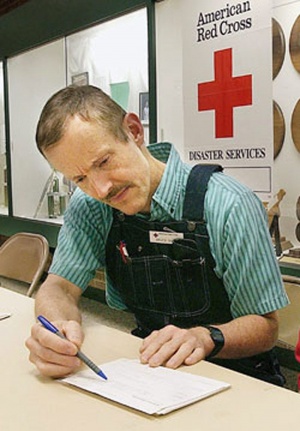 +
Has image2
File:BruceIvins.jpg +
Has interest
Biological weapons +  and Vaccines +
Has nationality
American +
Has nndb
https://www.nndb.com/people/053/000173531/ +
Has noRatings
0 +
Has objectClass
Person +
Has objectClass2
Person +
Has religion
Roman Catholic +
Has revisionSize
6,999 +
Has revisionUser
Robin +
Has wikipediaPage
https://en.wikipedia.org/wiki/Bruce Edwards Ivins +
Has wikipediaPage2
https://en.wikipedia.org/wiki/Bruce_Edwards_Ivins +
Is not stub
true +
ON constitutes
"Lone nut" +
Victim of
Premature death +