Nicholas Kollerstrom is an English writer and historian of science. He is a former honorary research fellow in Science and Technology Studies at University College, London (UCL), and a former lunar gardening correspondent for the BBC. [1] He is the author or co-author of a number of books, including Gardening and Planting by the Moon (an annual series beginning 1980), Newton's Forgotten Lunar Theory (2000), Crop Circles (2002), and Terror on the Tube (2009).

Kollerstrom has been involved in the UK as a political activist regarding issues such as the 1982 sinking of the Belgrano by the UK Navy during the Falklands War, after which he helped set up the Belgrano Action Group, and the London Bombings of July 2005, which he argues may not have been carried out by the men accused of the attack. 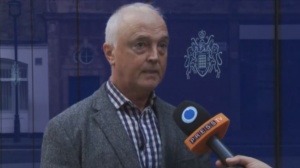