Peter Maurice Wright was an English scientist and former British MI5 counterintelligence officer, noted for writing the controversial book Spycatcher, (ISBN 0-670-82055-5), which became an international bestseller with sales of over two million copies. Spycatcher was part memoir, part exposé of what Wright claimed were serious institutional failings in MI5 and his subsequent investigations into those. He was a friend of the Central Intelligence Agency (CIA) counterintelligence chief James Jesus Angleton.[1]

Peter Wright was born in 26 Cromwell Road, Chesterfield, Derbyshire, the son of (George) Maurice Wright, who was the Marconi Company's director of research, and one of the founders of signals intelligence during World War I. It was said that he arrived prematurely because of shock to his mother, Lous Dorothy, née Norburn, caused by a nearby Zeppelin raid. Peter was a sickly child; he stammered, suffered from rickets, and wore leg irons almost into his teens. Raised in Chelmsford, Essex, he attended Bishop's Stortford College until 1931, where he was an excellent student. He then worked for a while as a farm labourer in Scotland before joining the School of Rural Economy at Oxford University in 1938. On 16 September 1938, he married Lois Elizabeth Foster-Melliar (b. 1914/15), with whom he had two daughters and a son. Despite showing an early aptitude for wireless work, during the Great Depression Peter Wright was obliged to get work as a farm labourer to help make ends meet. He did study for one year at Oxford University, but was obliged to leave since his father had been laid off and could not find a new job.[2]

During World War II, however, he joined the Admiralty's Research Laboratory. After the war, Wright joined Marconi's research department and, according to Spycatcher, he was instrumental in resolving a difficult technical problem. The CIA sought Marconi's assistance over a covert listening device (or "bug") that had been found in a replica of the Great Seal of the United States presented to the U.S. Ambassador in Moscow in 1945 by the Young Pioneer organization of the Soviet Union. Wright determined that the bugging device, dubbed The Thing, was actually a tiny capacitive membrane (a condenser microphone) that became active only when 330 MHz microwaves were beamed to it from a remote transmitter. A remote receiver could then have been used to decode the modulated microwave signal and permit sounds picked up by the microphone to be overheard. The device was eventually attributed to Soviet inventor, Léon Theremin.

In 1954, Wright was recruited as principal scientific officer for MI5. According to his memoirs, he then was either responsible for, or intimately involved with, the development of some of the basic techniques of ELINT, for example:

In addition, Wright claimed that he was regularly involved in black bag jobs to illegally install bugs for the government, and that MI5 was so well organised for this they even had expert tradesmen on hand to rapidly and undetectably effect repairs in the event that someone bungled and made a mess whilst installing a bug.

Peter Wright also claimed that a cabal inside MI5 was involved in a conspiracy to remove Labour prime minister Harold Wilson involving leaking his files to the press. Wright states that he was persuaded not to join it by Victor Rothschild who said that he would likely get caught, and if he was, he would lose his pension.[3]

Wright was convinced that the KGB was infiltrating British institutions; among the theories he looked into was the idea that the Labour leader Hugh Gaitskell had been killed by the KGB, a notion put forward by CIA chief of counter-intelligence James Jesus Angleton. With like-minded MI5 officers, Wright became convinced that senior figures in the intelligence world, in politics, and in the trade unions were Soviet agents. After Kim Philby's defection in 1963 following a tip-off, Wright became convinced that the KGB had penetrated the higher reaches of the intelligence agencies. In 1964 he became chairman of a joint MI5/MI6 committee, codenamed Fluency, appointed to find the traitor and investigate the whole history of Soviet penetration of Britain. As claimed in Spycatcher, Wright believed that Roger Hollis was the highest traitor in MI5. However, operation Fluency involved others not necessarily given to this view, and began to systematically examine evidence.

According to Wright, his suspicions were first raised by Hollis' seeming obstruction of any attempt to investigate information from several defectors that there was a mole in MI5, but he then discovered that Hollis had concealed relationships with a number of suspicious persons, including:

Later during his investigations, he looked into the debriefings of a Soviet defector Igor Gouzenko, and found to his surprise that the revelations of that debriefing were not reported or recorded. After a lengthy check, he discovered that it had been Hollis who was sent to Canada to interview Gouzenko. Gouzenko had provided Hollis with clear information about Alan Nunn May's meetings with his handlers. Gouzenko also noted that the man who met him seemed to be in disguise, not interested in his revelations and discouraged him from further disclosures. Gouzenko had not known about Klaus Fuchs, but he had named a low level suspected GRU agent, Israel Halperin, a mathematician, who was later completely cleared. When the Royal Canadian Mounted Police searched Halperin's lodgings, they found Fuchs' name in his address book. Fuchs immediately broke off contact with his handler, Harry Gold, and shortly afterward took a long vacation to Mexico. Wright alleges in Spycatcher that Gouzenko himself deduced later that his interviewer might have been a Soviet double agent and was probably afraid that he might recognise him from case photos that Gouzenko might have seen in KGB or GRU files, which would explain why Hollis was disguised.

The 'FLUENCY' committee, which examined Hollis' record of service in great detail, unanimously concluded that Hollis was the best fit for the Soviet spy allegations; however, Hollis had retired in late 1965 as MI5 Director-General, by the time the committee finished its report.[2]

A retired civil servant, Burke Trend, later Lord Trend, was brought in during the early 1970s to review the Hollis case. Trend studied the case for a year, and concluded that the evidence was inconclusive for either convicting or clearing Hollis; this was announced by Prime Minister Margaret Thatcher in 1983.[2]

Wright's sights were also focused on Labour prime minister Harold Wilson, whom he suspected to be a Soviet agent. The ‘Wilson plot’ resulted in an investigation into Wilson's background by MI5. This, however, did not result in any conclusive evidence. When Wright retired in 1976, Harold Wilson was again prime minister.

Peter Wright reportedly made a retraction of at least one aspect of his memoirs, "Spycatcher." Dame Stella Rimington, a former MI5 director who was in MI5 while Peter Wright was still working there, says that he retracted his statement about the MI5 group of thirty officers who plotted to overthrow Wilson's government. [4]

When Peter Wright retired from MI5, bitter over disagreements over his pension rights, he moved from Britain to Australia, settling in Tasmania. He subsequently returned to Britain at the request of Victor Rothschild, who asked him to help dispel rumours that he was a Soviet agent. Wright agreed, and the result was Chapman Pincher's Their Trade is Treachery (1981), which carried the allegations that Hollis (by then dead) had been a traitor. When Wright's role in supplying information for the book became known, journalists besieged him. Because of the interest and because of the rancour following the pension, in 1985, he decided to publish his memoirs in Australia in order to make ends meet.

The British government did all it could to suppress publication, under the pretext that such a publication would be in violation of the Official Secrets Act 1911, and brought an injunction against Wright in the Supreme Court of New South Wales, where Cabinet Secretary Robert Armstrong was famously "economical with the truth" in his testimony. The Australian court, however, ruled against the Thatcher government, thus turning a book that might have had moderate success into an international best seller.

Furthermore, the verdict not only vindicated Wright but also represented a victory for press freedom. The publication of Spycatcher temporarily unlocked some of the doors of official secrecy until the enactment of the Official Secrets Act 1989, when an absolute prohibition on revelations by serving or former intelligence officers was imposed.

Wright went on to publish The Encyclopaedia of Espionage in 1991, which had little impact. By this stage of his life he had become increasingly reclusive, suffering from diabetes and heart trouble; a year before his death in Tasmania on 27 April 1995 (aged 78), he was diagnosed as having Alzheimer's disease.

A Document by Peter Wright

A Quote by Peter Wright 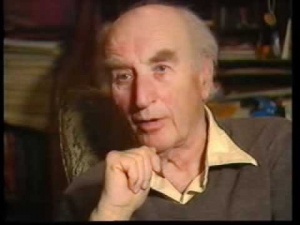 +
Has image2
File:Peter Wright.jpg +
Has nationality
British +
Has noRatings
0 +
Has objectClass
Person +
Has objectClass2
Person +
Has posting
Assistant Director General of MI5 +
Has revisionSize
12,497 +
Has revisionUser
Robin +
Has spartacus
http://spartacus-educational.com/SSwright.htm +
Has spouse
Lois Foster-Melliar +
Has wikipediaPage
https://en.wikipedia.org/wiki/Peter Wright +
Has wikipediaPage2
https://en.wikipedia.org/wiki/Peter_Wright +
Is not stub
true +
Has subobject"Has subobject" is a predefined property representing a container construct and is provided by Semantic MediaWiki.
Peter Wright +