Rivkah Brown is editor of Vashti Media, a podcast producer and a print and audio journalist[1] who writes op-ed pieces for The Guardian, Independent and the London Review of Books, as well as features for The Financial Times and New Statesman.[2]

Rivkah Brown is a member of the campaign group Jews Against Boris and told the Times of Israel on 18 November 2019:

“My personal relationship with the Labour Party has been complicated by the events of the last few years, and I understand why many in my community feel unable to vote for them.

“However all racisms are interconnected and Jews cannot be safe while other minorities are under threat. Boris Johnson has incited a hateful and divisive politics that endangers all marginalised people. That is why being part of a group of British Jews who show solidarity with other communities is so important at this election.

"I'm proud to campaign for the working-class Muslim immigrant, Ali Milani, who is – in an incredible act of poetic justice – going to defeat our born-to-rule Islamophobic prime minister."[3]

On 26 November 2019, Chief Rabbi Ephraim Mirvis suggested in an article in The Times[4] that Jeremy Corbyn was “unfit for office."

“The way in which the leadership has dealt with anti-Jewish racism is incompatible with the British values of which we are so proud — of dignity and respect for all people,” he wrote.

Later in the article, Rabbi Mirvis called it a “mendacious fiction” that Labour was doing everything it could to stamp out anti-Semitism in the party.

“A new poison — sanctioned from the top — has taken root in the Labour Party,” he wrote, adding that in the election next month, “the very soul of our nation is at stake.”[5]

Interviewed by Channel 4 News on 26 November 2019,[7] Rivkah Brown told Krishnan Guru-Murthy that the Chief Rabbi, Ephraim Mirvis, was wrong to focus on Jeremy Corbyn and the Labour Party over antisemitism, when the Tories are the real existential threat to the religious minorities in Britain:

"The Jewish communal leadership has derelicted its duty to solidarity with all minorities — and in a way that's not just unprincipled, it's impractical."[8] 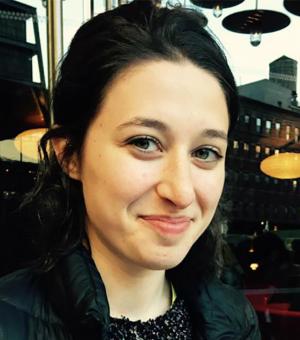 +
Has image2
File:Rivkah_Brown_1.jpg +
Has interest
Jews Against Boris +
Has linkedin
https://uk.linkedin.com/in/rivkahbrown +
Has noRatings
0 +
Has objectClass
Person +
Has objectClass2
Person +
Has posting
Editor +, Podcast producer +  and Freelance journalist +
Has religion
Jewish +
Has revisionSize
4,560 +
Has revisionUser
Patrick Haseldine +
Has twitter
https://twitter.com/RivkahBrown +
Is not stub
true +
Has subobject"Has subobject" is a predefined property representing a container construct and is provided by Semantic MediaWiki.
Rivkah Brown +, Rivkah Brown +  and Rivkah Brown +