2019 was a year of continued exposure of the supranational deep state. The UK deep state's Institute for Statecraft/Integrity Initiative were exposed by 4 more sets of documents published.[1][2][3][4] Multiple arrests pointed to institutionalised paedophilia, most notably the Epstein affair, which although officially concluded with Epstein's "suicide" was followed by widespread scepticism which became an internet meme. Several whistleblowers chose Project Veritas in preference to "whistleblower protection". Global drug trafficking operations suffered a lot of large drug busts. Internet censorship was stepped up especially against dissident opinion on social media.

The biggest deep state exposure of 2019 was probably the Jeffrey Epstein Affair, which connected dozens of names with the disgraced pedophile sexual blackmailer. 2019 saw a lot of large cocaine busts, which may be a result of infighting among factions of the deep state. 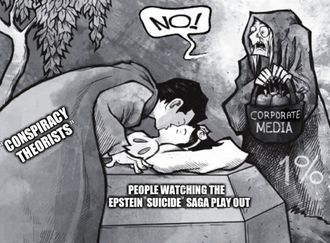 Jeffrey Epstein was a VIPaedophile billionaire deep state operative who specialised in sexual blackmail. In 2008 he was given a token punishment after a plea deal managed by his handlers to close down the investigation. In February 2019 this was ruled illegal, after which time his acquaintances gradually sought to distance themselves from him.

On 6 June he was arrested and first a few, then dozens of women testified that he had committed sexual infractions against them as minors. After he was found barely conscious with neck injuries, which the commercially-controlled media referred to as a suspected suicide attempt, he was placed on a suicide watch. On August 9, a judge unsealed over 2000 documents relating to his former girlfriend and alleged madame, Ghislaine Maxwell. After his suicide watch was reportedly terminated, staff were sent home and CCTV disconnected before he was reportedly committed on August 10. Numerous other irregularities surrounded his alleged "suicide".

As faith in commercially-controlled media continues to decline, control of the internet is increasingly important for the supranational deep state. Many large and popular content providers have been removed by large tech companies for nebulous breaches of guidelines. 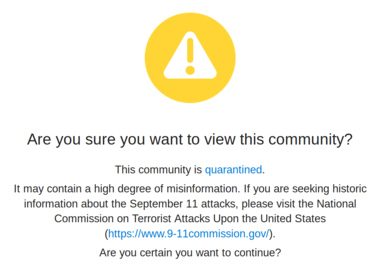 Increasingly aggressive internet censorship was carried out in 2019 by large tech companies such as Reddit and Google, against "hate speech", "anti-semitism" and "conspiracy theorists". As a result, those affected shifted platforms to less corporate, more free speech-friendly sites such as Saidit.

Full articles: Integrity Initiative/Leak, Dark Side of the Kremlin 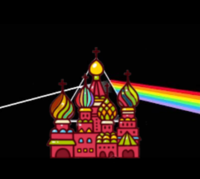 2019 saw several hacks and document exposures in the first 2 months, including:

On 31 December 2018, The Dark Overlord released an encrypted cache of 10GB of documents about 9-11. They stated that they were motivated by money and announced a tiered pricing plan for 5 tranches (checkpoints) of documents. They asked for $2,000,000 in bitcoin to either keep the documents secret or to publish them. The have subsequently been releasing tranches of documents, similarly to how 'anonymous' have been releasing the Integrity Initiative leak.

On 13 July, SyTech, a software company working for the FSB, was hacked by a group which removed around 7.5TB of data. Their work included efforts to deanonymise Tor.[5]

Full article: Dark Side of the Kremlin

The Dark Side of the Kremlin was a leak of about 175GB of documents from the Russian government, published on 25 January.[6] 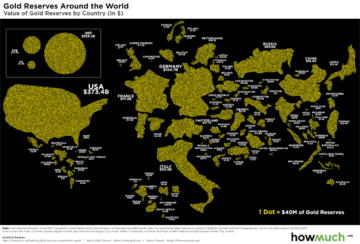 2019 saw a large increase in central banks buying gold for use as a reserve. This represents increasing disinclination to use the US dollar as a reserve and a desire for hedging increased uncertainty.[7]

On 15 March, 50 people were killed in a mass shooting in Christchurch, New Zealand, an event which was partially livestreamed online. This was followed by aggressive internet censorship and gun removal by the NZ police.

The gravy trainwreck Brexit was scheduled for completion by March 2019, then by the en

There were several large (multi-tonne) drug busts in 2019: