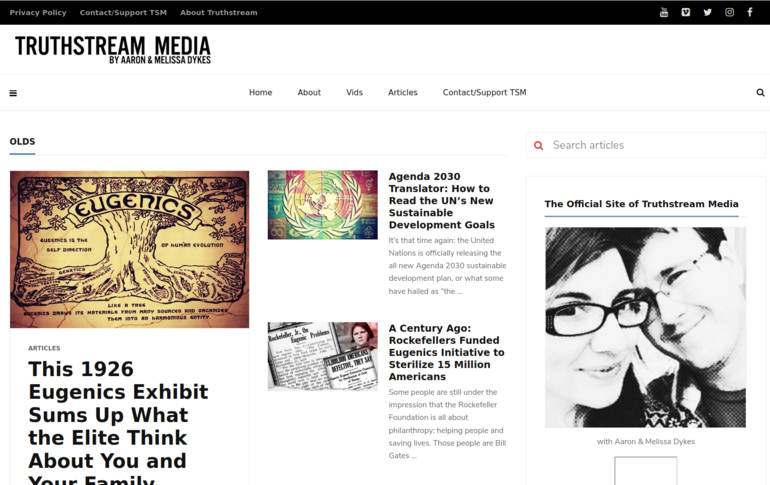 Truthstream Media is a website operated by Aaron and Melissa Dykes. They have a range of supporting accounts on platforms such as Youtube and Patreon.

Aaron and Melissa were employed by Alex Jones Infowars before early 2014 but parted for their own project. After leaving Infowars they were subjected to organized harassment.[1]

In 2019, James Corbett named Truthstream Media as the only YouTube channel he could think of which understood the deeper implications of the efforts by Google to manipulate the technology.[citation needed]