Technology has debilitating effects which have long been a concern.[1]

Technological development relies on research, which may be expensive and fruitless. A common pattern is for it to be contracted out at public expense, for example in universities, but then used for private gain once commercially viable. For the deep state, technologies of social control and mass surveillance are of particular interest. 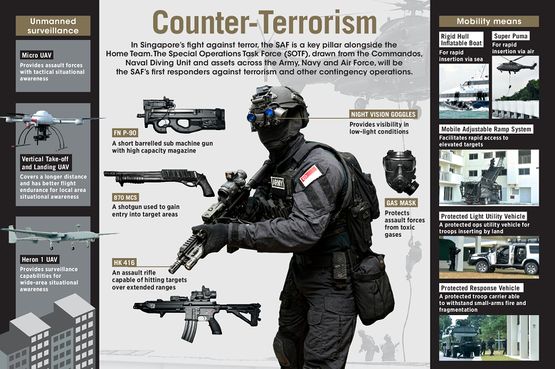 A 2017 UK report highlighting the purported "terror threat" and suggesting that electronic ankle tags be applied to those whom the authorities deem to constitute a "general threat". Red underlining in the original.[3]

A confluence of rapid technological developments continue to offer ever more extreme technologies for monitoring and control. Since 2001, the strategy of tension has assumed prominence as a means of inculcating fear in an effort to push forward public acceptance of mass surveillance. While the threat of "terrorism" remains extremely small, as compared to other everyday threats such as traffic accidents,[4] public fear of it are being stoked, most obviously by false flag attacks, but also by nurturing of enemy images such as that of the "radicalised" of "extremist" Muslims.