The existing editors require that all new members of their team agree to act in good faith, as explained below:

Spam and vandalism led to a registered users only policy for editing. This restriction was not taken lightly, but it is considered necessary because Wikispooks is NOT intended to reflect corporate-sponsored worldviews but to facilitate those whose careful study of the evidence has led them to fundamentally question the narratives told by the commercially-controlled media. Editing this site is a privilege which can and will be removed should this undertaking be persistently breached. The aim of requiring editors to register, and making registration conditional on acceptance of this undertaking, is to exclude those who are fundamentally opposed to the entire site rationale and its existence.

Editors should be particularly wary of invoking nebulous enemy images such as the threat of "Russian Propaganda". This has been promoted in recent years by Propornot and a UK counterpart, the Integrity Initiative. This is not to say that the Russian establishment does not engage in propaganda - but that it is far from the only government to do so, and emphasis should be given on lies by other groups such as NATO.[1] 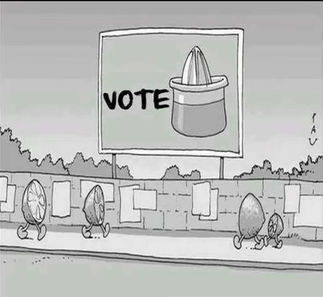 The deep politics illuminated on this site provides evidence that key establishment groups are more or less hopelessly co-opted by deep state groups. The occult function of political parties is to preserve the status quo by promoting endless energy-sapping and distracting disputes between their respective adherents over relative trivia, whilst cultivating a solid consensus on epoch-defining issues - usually by ignoring them totally until they become unavoidable.

Neither 'left' nor 'right' is the answer; they are merely two sides of the same establishment co(i)n!

Far from being opposites, Left and Right, in their political sense are both de facto supporters of the establishment. Whether wars are fought for "humanitarian intervention", to "fight terrorism" or whatever other superficial casus belli, makes no difference. The real reasons - the elephants in the room - remain hidden in plain sight, as third rail topics for the commercially-controlled media.[2]

No barrier to debate

None of this is intended as a barrier to evidence-based contributions intended to refine our collective understanding of deep political phenomena. It is simply to make it crystal clear that Wikispooks is not the place for the promotion of Establishment organisations or official narratives.

By seeking registration, prospective editors agree and declare as follows: 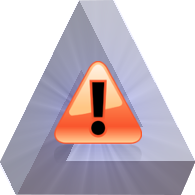