The term "Enemy image", promoted by Marshal Rosenberg, refers to a view of a person or people which is influenced by animosity, and as such hampers reconciliation and real communication. The successful manipulation of large groups of people (e.g. the general public) has often been achieved through the nurturing of their prejudices and fear through such images.

Enemy images are labels people apply to others to justify their own opposition to them. In conflicts between two groups, enemy images are often mutual and arise from polarising perspectives. Although widely employed by propagandists and the commercially-controlled media in general, enemy images are not wanted on this website.[1]

Worldwide, people have told stories about strangers with incredible and threatening powers, or about dragons or other such monsters, which can be seen as a projection of their fears. In Europe in the middle ages, the drive against witches, Catholics, jews or other perceived enemy groups provides a forceful illustration of the power of enemy images to subvert clear thinking.[2] 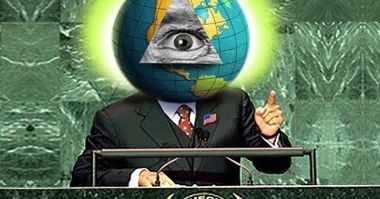 Post WW2, the USSR was a cogent enemy image for the populations of Western Europe and USA, and may have played a large role in perpetuating the nuclear arms race and cold war.[3] George H. W. Bush used the phrase "New World Order" which was to become a powerful enemy image for many people.

The administration of George W. Bush used the 9-11 attacks to promote the enemy image of "Islamic terrorism" in general, and Ossama bin Laden in particular. The US police state was advanced through laws that were passed through congress after terrorisation projects such as the Amerithrax attacks.

“The events of 9/11, we were told, changed everything. The globe was now divided between the forces of good and evil. Bush communicated this quite clearly in an address to the nation just days after 9/11: “Our responsibility to history is already clear: to answer these attacks and rid the world of evil.””
Danny Sjursen (25 October 2017)  [4] 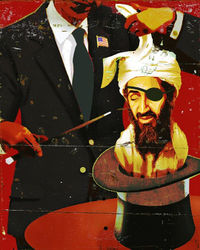 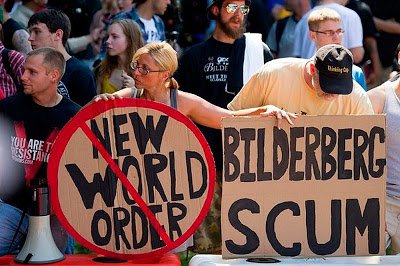 Many nations which a democratic process in practise have just two large political parties, which are often seen as opposites. These nations' political discourse is often dominated by enemy images, which represent an emotional barrier not only to people's reconciliation, but also to more important realisations about the state of society - such as, for example, the role of the deep state in nurturing factionalism. Enemy images hide the fact that the party political system has little real cogency, but this realisation in itself does not necessarily entail rejecting enemy images.

Steven Green, a US soldier who in 2006 took part in a gang rape of a 14 year old girl and the subsequent killing of her and her family, exemplified the impact of enemy images. He stated about Iraqis that "There's not a word that would describe how much I hated these people. I wasn't thinking these people were humans."[6] 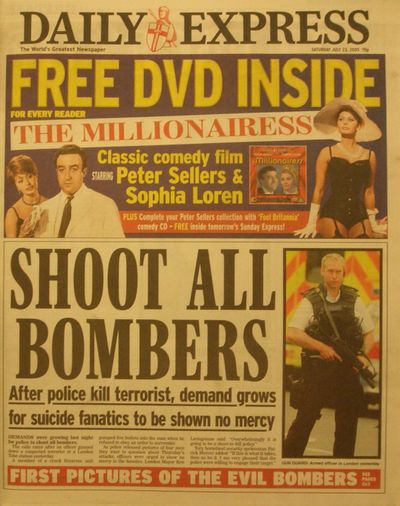 After the 2005 London bombings, UK commercially-controlled media repeated their procedure after 9-11; they responded not with a careful reporting of the story, but with use of enemy images. 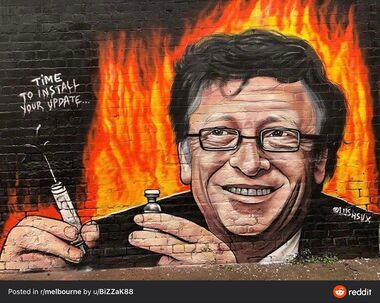 Arguably, "terrorists"[7], "paedophiles"[8] or in some cases even "Muslims" could be understood as enemy images, in that people do not sympathise with them as fellow human beings.[6] Less arguably, establishment organisations such as the commercially-controlled media nurture people's fear not only to sell copy but as a tool of social control. The complicity of intelligence agencies remains a matter of some conjecture in more modern cases, but it well established in Operation Gladio, where false flag attacks were carried out and falsely blamed on communists. Post 9-11, Gladio/B has substituted Muslims for nationalists. 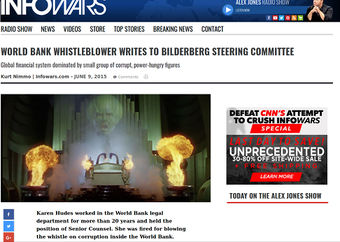 Infowars makes extensive use of enemy images, especially about deep state milieux such as the Bilderberg Group.

Marshall Rosenberg created non-violent communication, a system of communication in which removal of enemy images is crucial to enabled dialogue and concensus.

Marshall Rosenberg encouraged people to overcome enemy images by avoiding judgmental language or labels, and by not seeking to punish people.[9]

The use of enemy images is most obvious when it involves simple name calling, but it is a deeper phenomenon; it includes more subtle characterisations of "them" as fundamentally different and inferior to "us". The term "conspiracy theory" is a deprecatory label (albeit one with little remaining power in that regard) and researchers into them almost never entertain the possibility that they may be correct. Instead, they project their refusal to engage onto "conspiracy theorists", concluding that they are emotional needy.

George Orwell's 1984 features the "Two Minutes Of Hate" in which party members are expected to hate a person named "Emmanuel Goldstein".[10]