This page is lacking a deep political perspective.
Please rework this to show the hand of the deep state.

Benador Associates was a Public Relations firm based in Washington DC and New York that promoted right wing writers and speakers. The firm was founded in the wake of 9-11 and was "intellectually conceived and financially funded exclusively by Eliana Benador"[1]. By 2007 it had closed and Eliana Benador had started Benador Public Relations. 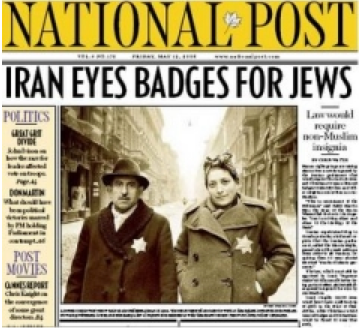 In May 2006, Canada's National Post ran a story by Benador associate and Iranian exile Amir Taheri. The piece claimed that Iran's government had passed a law requiring Jewish residents to wear a yellow insignia — reminiscent of the policies of Germany's Nazi regime. The story was quickly debunked and the National Post apologized. Eliana Benador admitted that Benador Associates firm had planted the piece.[2]

The firm advertised prominent experts like James Woolsey, A.M. Rosenthal, Richard Perle, Amir Taheri, Kanan Makiya and Saad Eddin Ibrahim. They advertised their sevices by saying "Each of our experts is nationally and internationally recognized on issues of the Middle East and national security[3]. Frank Gaffney has also appeared at Benador events.