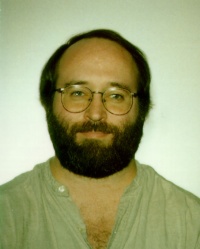 On 6th February 1999, internet activist Steve Kangas died of a gunshot wound to the head under unclear circumstances.[1] He was a former spook and a pioneer of internet activism, exposing the cabal through his activities on usenet. Many believe he was murdered by the cabal in an an effort to stem the rise of truth on the internet. It is believed that he was working on a book about CIA covert activities at the time of his death.[2]

In September 1999, a series of bombs were set off to destroy apartments in Russia. They were blamed on Chechen separatists. The bombings ceased after FSB officers were spotted placing explosives in the basement of a building in Ryazan. The Russian official narrative becomes confused and self-contradictory at this point. The Duma, on a pro-Kremlin party-line vote, voted to seal all materials related to the Ryazan incident for the next 75 years and forbade an investigation into what happened. Various dissidents have suffered sudden deaths since the event.