2006 was a year of continued escalation of the "war on terror" narrative, supported by the "Liquid bomb plot", after which restrictions were introduced globally on passengers carrying liquids in hand luggage. A technical failure combined with lack a surplus of integrity by public officials to create 'Cocaine 1', the story of a CIA cargo plane which landed in Mexico, full of cocaine. This was to be supplemented the next year by the Yucatan Gulfstream drug crash of another CIA plane used for both "extraordinary rendition" and drug trafficking.

In November 2006 Chris Donnelly and Lesley Simm co-founded the Institute for Statecraft, an important London-based organ in the UK deep state. Members would go on to take part in events such as Security and Defence Learning/2010 on the dangers of "terrorism" and set up groups such as the "Integrity Initiative" which focused on "countering Russian disinformation". 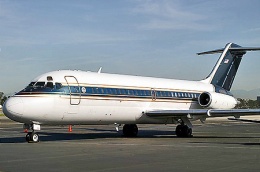 On April 10, 2006 an aging DC-9 controlled by the CIA, made an emergency landing at Cancun International Airport, Mexico. Earlier used for "extraordinary rendition"[1][2][3] it was painted to impersonate a US government plane, and found to be carrying 5½ tonnes of cocaine. Within days, the pilot (whose name was never released) had disappeared along with the cocaine, and the plane had been sold to an unnamed Venezuelan. No charges were filed against anyone but the Director of Civil Aviation in the Yucatan was assassinated, and an air traffic controller was abducted, presumed murdered.

The supranational deep state continued to escalate and broaden the "war on terror". Although internet connectivity was increasingly offering alternative information, the effects were only gradually felt. Public awareness of its duplicitous nature remained low, reflecting the continued influence of the commercially-controlled media. 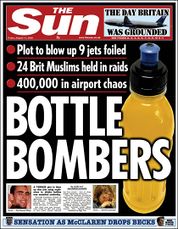 The Liquid bomb plot was a purported plan to bomb an aircraft using an explosive made from liquids. The science behind this has been questioned by various commentators[4][5] but it has been cited as the explanation for restrictions on the carrying of liquids on aircraft, a measure which Bruce Schneier dismissed as "security theater".