Document:Ed Miliband’s decision to oppose military action against Syria is an action of statesmanship of which Britons will be proud 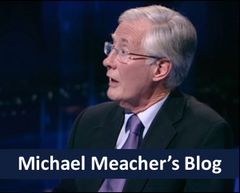 The breaking news that Miliband has decided that Labour will tomorrow vote against the Government’s motion for an almost immediate attack on Syria will not only be greeted with heartfelt relief across most of the country, it will also be recognised as an act of courage and statesmanship that shows his mettle as a leader. The pressures for conformity with the joint US-UK establishment at a climactic moment like this on the potential edge of war cannot be overstated. It singles out Ed Miliband as a man of inner strength and integrity who can take the gritty decisions when they are most needed, and this is undoubtedly one of those times. We have already seen him take on Murdoch over BSkyB and stop the biggest concentration of media power in UK history in its tracks, and then almost single-handedly block the press counter-attack against Leveson which would have left newspapers as unaccountable as ever. The hardest thing for a Leader of the Opposition to do, bereft of any executive authority, is to challenge the prevailing structure of power and change it or even overturn it. No other Opposition Leader has succeeded in this as well as Ed Miliband.

And his decision over Syria is unquestionably right, on all counts. The Government’s pell-mell rush to war at the instigation of the US makes a nonsense of sending in UN inspectors and then unceremoniously dumping their mission by starting military action before they’ve had a chance to undertake a proper investigation and then report. We rushed into war a decade ago on the basis of false assurances of Saddam’s WMD, and if there’s one lesson we should have learnt it’s that we should never go to war again without an inviolable case to warrant such action. Nor in terms of international law is there a case for action against Syria. The two bases for war under the UN Charter either is a Security Council resolution authorising military action, which is not forthcoming given the Russian and Chinese vetoes, or Article 51 which permits “self-defence if an armed attack occurs against a member of the UN”. But the alleged chemical attack on civilians in eastern Damascus last week is clearly not an attack on another State.

Then there is the question that if the killing of 100,000 persons in Syria by the Assad military machine over the last 2 years was not a reason for intervention, why is the killing of a further 1,000 persons, albeit by chemical weapons as opposed to conventional munitions, a cause for intervention now? And what will intervention actually achieve? The Syrian military are organised on a far bigger and stronger scale than Libya, and they are still powerfully backed and reinforced by Russia, and covertly by Iran. It is all very well to rush to war in a surge of moral outrage, it is quite another to spell out clearly what are the war objectives and how exactly they are to be achieved. Does the West even have the power to deter further gas attacks, or will the West itself once again, as in Iraq and Afghanistan, ground down in an unwinnable conflict which only serves to illustrate its own impotence?