China is the world's most populous nation state. It is a major supplier of material goods to much of the rest of the world, particularly North America and Europe.

On March 29, 2017, The Chinese government banned 'abnormal' beards or veils[2] in its heavily Muslim region of Xinjiang[3], stating that the rules were necessary to necessary to fight "extremism".[4] The Daily Mail also stated that everyone would be forced to watch or listen to state media, and that all cars in the province be fitted with a GPS tracking device.[2]

The Strike Hard Campaign is a research project into repressive social control run in Xinjiang. In 2018 the BBC accused China of "locking up hundreds of thousands of Muslims without trial in its western region of Xinjiang", and reported that the Chinese government denies the claims, saying people willingly attend special “vocational schools” which combat “terrorism and religious extremism”.[5]

On 20 July, 1999, around 10,000 Falun Gong practitioners gathered near the central government compound in Beijing to request legal recognition and protection by the Chinese government. The government's response was to declare the religion illegal, and carry out a mass arrests of the 'leaders'. A 2008 UN report suggested that tens of thousands of Falun gong members had been the victims of organ harvesting.[6] As of 2019, illegal detention, torture, murder and organ harvesting of Falun Gong adherents was still ongoing. A tribunal chaired by Geoffrey Nice in London suggested a conservative estimate is that 60,000-90,000 transplant operations were conducted each year.[7]

CNN reports that China spends millions of dollars on software to enable internet censorship, and that it began controlling its citizens' Internet access in the mid-1990s.[8] China reportedly has "around two million people policing public opinion online"[9] In 2015, CNN suggested that about 1 to 3% of Chinese Internet users regularly jump the Firewall to browse the open Internet.[8] Microsoft has produced software which censors particular topics such as the Tianenman Square Massacre. Wikipedia is reportedly blocked in some parts of China.[10]

A Document by China

Citizens of China on Wikispooks 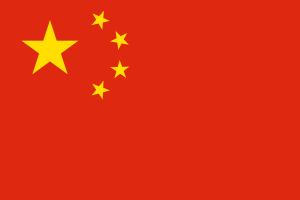