In 1983 Ronald Reagan sent Donald Rumsfeld (then working for drug company G.D. Searle & Co.) on a tour of middle east capitals, including Baghdad. He met Saddam on December 20, 1983 Baghdad, where he was to establish "direct contact between an envoy of President Reagan and President Saddam Hussein," while emphasizing "his close relationship" with the president.[2][3] This was an act of support for Iraq, considering that it was illegally using chemical weapons in the war with Iran.

Just before Saddam invaded Kuwait, April Glaspie suggested that USA would not object if he did so. This was effective both at 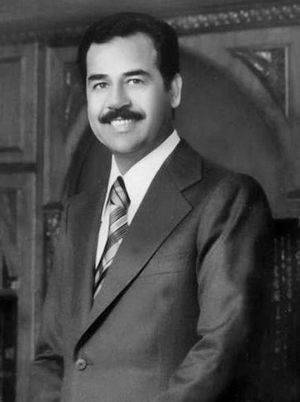