Document:Enough is Enough: What would Mandela have said 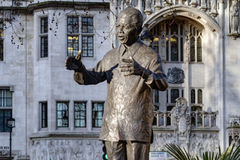 What would Mandela have said?

Enough is Enough: What would Mandela have said?

A towering clay figure stands in the North Western corner of Parliament Square – Nelson Mandela – whose statue was unveiled in 2007. I was there when it was unveiled, feeling a personal as well as political connection. The Anti-Apartheid Movement was the first political organisation I joined. Many years later, as a primary school teacher, I taught an 8-year-old boy called Levi, who was immensely proud of his grandfather, Ian Walters, who made the statue. Levi brought in a framed photo of the unveiling to show off to his classmates.

Mandela, 89 at the time of the unveiling, was typically modest. He said:

“The history of the struggle in South Africa is rich with the stories of heroes and heroines… All of them deserve to be remembered. We thank the British people once again for their relentless efforts in supporting us during the dark years.”

It was a very generous comment. Although the Anti-Apartheid movement won enormous support from the British public – hundreds of thousands took part in protest marches and rallies, and millions boycotted South African goods – among the mainstream political parties, only Labour and the Liberals emerge with credit. The Tories, under successive leaders, and especially Thatcher, argued forcefully against sanctions on this brutal racist regime, which murdered children protesting on the streets. Her husband, like many other leading Tories, had investments in South Africa. In that final decade before the fall of apartheid, while those Tories were busy guarding their investments, and a section of the Young Tories were producing posters and t-shirts saying “Hang Nelson Mandela”, many Labour politicians were present in the front ranks of demonstration activity, especially the newly elected member for Islington North, Jeremy Corbyn, who was arrested for his efforts. 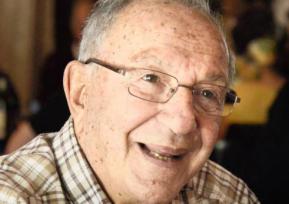 Britain was also home to exiled South Africans, who continued to contribute to the struggle politically from Britain, such as the Jewish ANC activist Ben Turok, born to to Russian Bundists (anti-Zionist Jewish socialists) in South Africa in 1927. Turok stood with Mandela, Oliver Tambo and others in the Treason Trial from 1956-60. He later served three years in Pretoria Prison, on at least one occasion alongside Mandela. When I interviewed him in 1986, he told me that although he felt very attached to Yiddish culture (he showed me a poem in Yiddish his mother sent him when he was imprisoned with Mandela), he and other Jewish activists felt compelled to choose between the Jewish community and the liberation struggle.

Politically, the Jewish community was closely policed by the South African Board of Deputies. In a literal sense. While the main government-supporting Afrikaans press were producing classic antisemitic cartoons about Jewish financiers, Turok told me that the Board of Deputies were busy informing on Jewish anti-apartheid activists to the SA authorities, handing over personal details.

Turok had a private meeting with Gus Seron, leader of the SA Board of Deputies, encouraging the Board to at least give some indication of support for democratic and anti-racist positions:

“We wanted the Jewish Board to give some recognition to the fact that the Black people of South Africa had legitimate aspirations. We were not asking them to get guns and fight. We were asking them to make some gesture of recognition. They refused to do that.”

Our own Board of Deputies are little better. Their appalling record in the 1930s, when they seemed to spend more time criticising Jewish anti-fascists than combating Oswald Mosley’s hooligans, and famously advised Jews to stay indoors and pull down the shutters rather than confront the fascists at the Battle of Cable Street, is well known. Thankfully the Jewish public ignored them then. Grassroots activists explained the reason why: they regarded the Board as the old establishment and thoroughly unrepresentative.

Always a socially conservative force in the Jewish community, they continue today to be led and dominated by supporters of the Tory Party that defended apartheid South Africa. They still pursue a relentless anti-left agenda, and frequently identify internationalist left movements as antisemites. Mandela’s statue must have thought he was in an “Alice in Wonderland” world as he stared down at the current Board of Deputies president, Jonathan Arkush, addressing a crowd of several hundred Jews who welcomed into their ranks that evening non-Jewish guests, such as DUP luminaries, Nigel Dodds, Sammy Wilson and Ian Paisley Jr, the veteran far right Tory Norman Tebbit who famously talked of a “cricket test” for immigrants to show how patriotically British they were, and Zac Goldsmith who ran the most appallingly Islamophobic campaign for Mayor against Sadiq Khan in 2016. In the name of anti-racism, and especially the fight against antisemitism, Arkush was ranting against Labour leader Jeremy Corbyn, whose record on anti-racism and on support for human rights, among the current crop of parliamentarians, is second to none.

Anti-racism is not a pick and choose activity. And nor is support for human rights. Jeremy Corbyn knows that. Arkush, however, has never criticised the terrible human rights record of the Israeli Government towards the Palestinians. He is a firm supporter of the most right-wing, racist and pro-settler government Israel has ever had. The Board of Deputies, and their co-sponsors of Monday’s demonstration, the self-proclaimed Jewish Leadership Council, had not a word of criticism for Zac Goldsmith’s dog-whistle mayoral campaign.

Antisemitism, Islamophobia and other forms of racism rise in tandem, as we have seen in Donald Trump’s America, and are seeing today in central and eastern Europe, where far right forces are growing in strength and entering government. Most commentators would have little difficulty in making the connection between government policies in these countries and the very congenial atmosphere that they have engendered for racists, white supremacists and fascists. Just this week it was reported that here in Britain, there was a 28% increase in referrals to the Government’s Prevent programme of young people influenced by far right ideology. This is happening on the watch of Prime Minister Theresa May. Jewish bodies report a significant increase in antisemitic abuse and attacks in 2017. Where the perpetrators and their motives have been identified, most of these incidents are connected with far right ideology. Again on the watch of Theresa May. And yet, bizarrely, Jewish leaders are trying to damn Jeremy Corbyn and the Labour Party, the very party responsible for practically every piece of anti-discrimination law in Britain, laws which were first put in place while many Tories were investing in apartheid South Africa and condemning anti-apartheid activists as communists and extremists.

If the Board of Deputies and the Jewish Leadership Council, and their bigoted DUP friends, want to belatedly take a stand against all racism, they might want to look instead at the groups attached to the Conservative Party who are developing ever closer relations with the Alt-Right and Identitarian Movement, and who are promoting white supremacism, opposition to multiculturalism, and state-assisted repatriation of immigrants to their “natural homelands”, such as the Traditional Britain Group (TBG). This group was founded by Tory Party member Gregory Lauder-Frost (currently its Vice-President), and presided over by Tory peer Lord Sudeley.

In the 1990s Lauder-Frost happily shared a platform with Holocaust revisionists and deniers such as David Irving and Ernst Zundel. He has described the Nuremberg trials as a “farce”, and said he was opposed to Britain declaring war on Nazi Germany. Much more recently he was taped by an undercover reporter calling Stephen Lawrence’s mother, Baroness Lawrence, a “nigger”, and radio presenter Vanessa Feltz, a “fat Jewish slag”. Of Nelson Mandela’s continent, Lauder-Frost says:

“We owe Africa nothing. it owes us… for lifting it out of barbarism.” 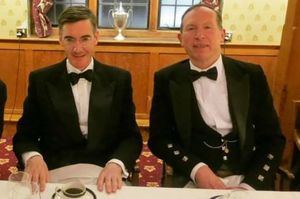 Tory MP Jacob Rees-Mogg gave a talk to the Traditional Britain Group in 2011 and chatted amiably with Lauder-Frost who was sitting next to him at the event. In 2013 the TBG gave a platform to key figures from the Alt-right/White supremacist movement internationally such as Richard Spencer from America, and also to Alex Kurtagic, a far right identitarian.[1] Last year TBG welcomed Dr Thomas Hübner from the extreme right Austrian Freedom Party which has now entered a coalition government there, and Bruno Gollnisch an MEP of the French National Front

The TBG is determined to educate its members in its ideology. Its “recommended reading” on its website includes "My Life", the autobiography of Oswald Mosley, leader of the British Union of Fascists, "Revolt against the Modern World", by Julius Evola who is regarded as an inspirational philosophical thinker by many fascists, "Heredity and Humanity"", the work of the “race scientist” Roger Pearson, a retired British anthropologist, and fierce defender of “Aryan” racial superiority, who has maintained ties to numerous neo-Nazi groups and individuals. And, to bring us back to southern Africa, the TBG also encourages you to sample "The Great Betrayal", by Ian Smith about the apartheid country he governed, then called Rhodesia.

The Traditional Britain Group, led by Tory members, have called for the removal of one monument from Parliament Square – the statue of the great anti-racist fighter and leader Nelson Mandela. Why am I not surprised?