Wikispooks is only very occasionally reported by commercially-controlled media. 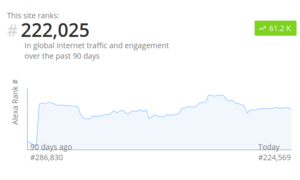 Traffic graph at the end of December 2019

Wikispooks traffic fell at the beginning of the year, but climbed from June to September, after an upgrade to the hardware and software increased the site's responsiveness. It concluded the year with a global rank of around 220,000.

Wikispooks concluded the year with a global rank of around 275,000.

Traffic graph at the end of April 2018

Traffic picked up sharply in March and April 2018, coincident with the unfolding of the Skripal Affair, reaching a rank of 200,000 websites for the first time in a year.

Wikispooks ended the year with an Alexa traffic rank of about 250,000. 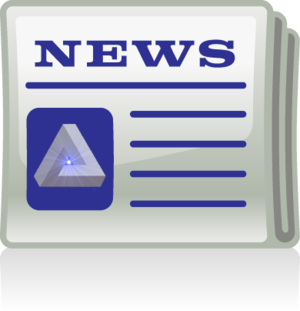