The Centers for Disease Control and Prevention (CDC) is a US government agency with responsibility for disease control.

Robert Redfield, CDC Director, testifying to the US Congress on 13 March 2020, admitted that COVID-19 deaths have been miscategorised as the flu. He also stated that the standard practice has been to first test people for the flu and, if the test is positive, they stop there. They don’t test for the coronavirus.

So Japan and Taiwan were correct. Many of the US deaths attributed to the flu were actually from COVID-19.

One Senator asked Redfield if post-mortems were performed to learn the cause of death, and he stated that such were done, and they revealed mis-diagnoses.

The infections and deaths have been knowingly miscategorised for months, and the CDC ‘strongly’ recommended that hospitals not test for the virus except as a last resort. It is not an accident that the US has no reliable tests. They don’t want to test. Blame everything on the flu.

And now all meetings and discussions on the virus are classified, and all public information must be first cleared through the White House.[2] 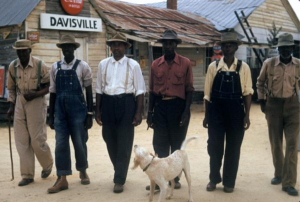 The Centers for Disease Control and Prevention carried out a study on syphilis, which resulted in many deaths and denied its subjects treatment for syphilis. It intended to continue the study until all subjects had died and been autopsied but was forced to close it in light of the public outcry after it was exposed by the commercially-controlled media.

In 2010, the Centers for Disease Control and Prevention was granted patent #CA2741523A1 on a particular strain of ebola - that is, it claims to have invented that disease strain. Natural News has questioned whether the desire to increase its patent portfolio and explain the decision to bring sufferers of the 2014 ebola outbreak to USA.[3]

In 2014, William Thompson, a senior scientist at CDC who had been working there for over 15 years claimed that he had been involved in covering up MMR vaccine fraud into the relationship between vaccines and autism.[4] 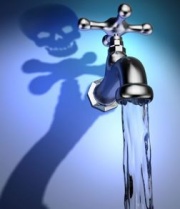 In 2015, for the first time since 1962, the CDC announced a lowering of the recommended limit of fluoride (to 0.7 milligrams per liter of water) with the explanation that "Americans now have access to more sources of fluoride, including toothpaste and mouth rinses, than they did when municipal officials first began adding the mineral to water supplies across the United States". This follows increasing evidence of health damage due to fluoridated drinking water.[5]

In December 2017, CDC officials were prohibited from using 7 words in official documents being prepared for 2018. The prohibited words were: “vulnerable,” “entitlement,” “diversity,” “transgender,” “fetus,” “evidence-based” and “science-based.”[6]

The CDC issued Fort Detrick a “cease and desist order” in 2019 to halt the research there because the center did not have “sufficient systems in place to decontaminate wastewater.” In the statement, the CDC cited “national security reasons” as the rationale for not releasing information about its decision. "In 2009, research at the institute in Fort Detrick was suspended because it was storing pathogens not listed in its database."[7][8]