During the COVID-19 deep event - especially in the first few months after March 2020 - a number of governments, either through incompetence or on purpose, implemented health policies that created waves of increased deaths. A reason for this might be to artificially create the impression of a pandemic mass death, to manufacture acceptance for the desired lockdown and vaccine policies.

The policies include a mix of stopping regular care and treatment; an absolute refusal to consider some drugs (hydroxychloroquine, ivermectin), including going as far as to sabotage studies; what seems to be wrong treatment methods on purpose; and a use of active euthanasia drugs, triage and "Do not resuscitate orders".

Certain countries and areas, noticeably the United Kingdom, New York City, Belgium and Canada were in the forefront in these policies. While some might find it hard to believe the Powers That Be would actively seek to increase deaths to create panic, it is worth remembering they routinely do this in the global south ("the price is worth it"), and accept calculated deaths in many other areas of society without compunction[1].

The artificially inflated numbers were continued during the drive to vaccinate entire populations, where vaccine deaths are camouflaged as COVID-deaths.[citation needed]

Do Not Resuscitate orders

Full article: Do not resuscitate orders

During the COVID-19 deep event the British government started a large-scale campaign to pressure chronically ill people, including some people with autism, sight loss or epilepsy[2][3], to sign or accept Do Not Resuscitate orders (DNR). Some people had the order signed on their behalf in secret, and in June 2020, it was revealed that “blanket” DNRs had been applied to nursing homes by GPs all around the country.[4]

The use of DNRs was, allegedly, to protect the health system from the influx of Covid patients and to try and keep ICU beds open. The triage had been planned in secret exercises, at least since 2016.

The significance of the DNRs might not have been realized by most it was applied to, since it what they might have imagined as a merciful pulling the plug when unconscious, in fact applied to much wider health services, including ruling out attempts at cardiopulmonary resuscitation,[5] and not giving nutrition and drink, leaving patients to die of dehydration[citation needed].

The “Undercover Nurse” reported that the hospital she worked at in New York had widespread abuse of the DNR system[6], and Rosemary Frei wrote an article breaking down the way deaths were “created” in Canadian care homes[7].

Belgium was deliberately negligent of many seniors and withheld service “When Covid 19 hit, many elderly were left to die,”[8], ““Paramedics had been instructed by their referral hospital not to take patients over a certain age, often 75 but sometimes as low as 65,” Médecins Sans Frontières said in a July 2020 report.[9]

2 years worth of Midazolam 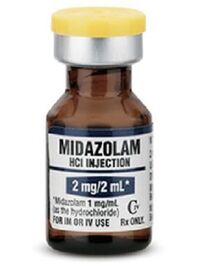 In March 2020, the UK government obtained large quantities of midazolam through diverting shipments intended for France. Midazolam is used as a sedative and anesthetic to cause drowsiness, relieve anxiety, and in some cases cause total loss of consciousness, but the drug can slow or stop breathing completely,[10] so it is curious why it was chosen a key drug and “first-line sedative” to treat COVID-19 patients.[11]

The large order, two years’ worth of stock to UK wholesalers, was allegedly done as a “precaution” in preparation for potential NHS shortages of the drug due to COVID-19. In April 2020, some 38,582 prescriptions were made, compared about 15,000 prescriptions per months over the previous five years.[12]. 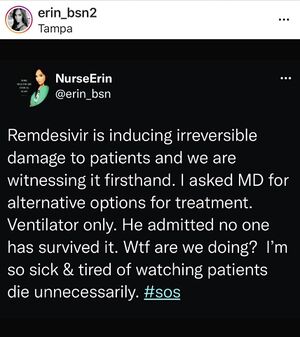 Nurse Erin Olszevski told of her experiences of Remdesivir in Elhurst, New York. Doctors-in-training were refusing to perform CPR—and banning nurses from doing it—on dying patients whose families had not consented to “Do Not Resuscitate” orders.[13] 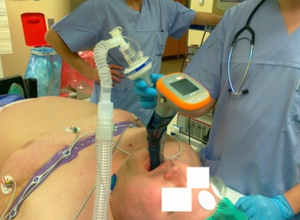 At the best of times, intubation is a very invasive procedure, requiring skill and a combination of sedatives, neuromuscular blockers[14] and very strong antibiotics.

From the start of the situation, the use of ventilators was encouraged with guidelines from the NHS, CDC, ECDC and WHO. A December 2020 study clearly found that "there is no direct evidence attesting to the benefit of intubation in critically ill Covid-19 patients. On the contrary, a report revealed that of 32 Covid-19 patients who received intubation and IMV support, 31 (97%) died."[15]

As Kit Knightly points out, "it’s very probable that this did a lot more harm than good, killing huge numbers of patients who may otherwise have survived (though obviously it cannot be proven – at this stage – that this was deliberate)."[3]

US whistleblowers have told of the creation of extra deaths through the use of ventilators on patients who never needed them. In April 2020, an American nurse filmed her experience in the “epicenter” of the New York City COVID outbreak. She described patients — mostly poor black people — classified COVID despite multiple negative tests, then catching it from COVID ward, unnecessarily intubated and dying from treatment.[16] Nearly 90 per cent of all coronavirus patients placed on ventilators in New York's largest health system died.[17][18]

Another nurse, Nicole Sirotek, was assigned to two different hospitals in New York City. “I am literally telling you that they are murdering these people,” she said in a whistleblowing video, telling of medical neglicgence[19][20]

In New York, people who had tested negative multiple times for COVID-19 were being labeled as COVID-confirmed and put on COVID-only floors. Put on ventilators and drugged up with sedatives, these patients quickly deteriorated — even though they did not have coronavirus when they checked in.[21]

Part of this strategy was creating financial incentives for US hospitals administrations. A diagnosis-related group lump sum payment from the government would be $5,000. But if was COVID-19 pneumonia, then it’s $13,000 and if that COVID-19 pneumonia patient ends up on a ventilator it went up to $39,000. Some states, like Minnesota or California, only listed laboratory-confirmed COVID-19 diagnoses[When?]. But others, especially New York, listed all presumed cases, which was allowed under CDC guidelines as of mid-April 2020, resulting in a larger payouts.[22]

In July 2020, the government in the Australian state of Victoria ordered staff at age care facilities to abandon the residents and go into isolation, causing the residents to die from dehydration and lack of care. Most of the dead were then declared as to be from COVID. Out of the 800 deaths in Victoria "from COVID", 532 were in aged care facilities.[23]

In November 2021 New Zealand formalized this with a new euthanasia law, where "in some circumstances a person with COVID-19 may be eligible for assisted dying”. It permits both euthanasia and assisted suicide for adults suffering from an illness which would be terminal within six months, or who were in an advanced state of irreversible physical decline or who were suffering unbearably. Doctors receive a government fee of $1,000 plus expenses for every euthanasia death they perform. [24]

Anti-euthanasia campaigner Henoch Kloosterboer said “it would not be hard to envisage a situation in which a speedy and sizeable rise in COVID-19 hospitalisations could result in pressure to utilise euthanasia and assisted suicide as tools to resolve such a serious crisis.”[24]

Dolores Cahill argues that mRNA technology is different from traditional vaccination in that it causes the immune system to become permanently alert, because gene manipulation causes lifelong production of viral vectors in the human body. This may result in increased energy consumption in the human body and therefore to a reduction of life expectancy. (video interview on her homepage) [25] The effect may be cumulative with the number of shots a person receives. If the effect is inheritable has yet to be demonstrated.

In contrast, Wolfgang Wodarg assumes a time constraint for mRNA activity; but we don't know yet how long it will take until spike protein production ceases in the human body.[26]