Premature death due to COVID-19 can take different forms. This list primarily deals with people who might have died suspicious deaths, like whistleblowers or dissidents, not death from actual disease, neglect, or the many premature deaths from the vaccines.

Notable for claiming the old and very sick, there was from the start a notable trend of iatrogenic treatment (where the cure was worse than the disease) including excessive use of invasive mechanic ventilators and ineffective and expensive Big Pharma drugs like Remdesivir. Combined with a dogmatic refusal from health bureaucracies and politicians to look at treatment protocols developed by groups like the Front-Line COVID-19 Critical Care Alliance and the many studies showing the efficiency of hydroxychloroquine and especially ivermectin, this led to in effect no real treatment protocol being implemented during 2020. This foot-dragging might have been done on purpose, to increase the uptake of vaccines.

An additional factor was the widespread use of do not resuscitate orders in some countries (Great Britain), where older patients were left to die from hunger or thirst without treatment in an alleged triage, or hastened to their deaths with life-ending drugs.

While the disease is particularly deadly for the old and infirm, the deep politics surrounding the COVID lockdowns and COVID legislation may prove deadly to the young and healthy. Many commentators[Who?] have suggested that the COVID-19 lockdowns may kill far more people than the disease, through delayed health services, increased poverty, worsened nutrition and calorie intake, worsened life quality and suicides etc.

Globally, the lockdowns have caused far more deaths than the disease ever could, through intensified hunger, where by April 2020, "260 million people worldwide 'marching toward starvation'[1]. In addition, billions of people in the Global South have reduced food intake because no work income, and also now unable to afford other life necessities[2].

Since February 2020, several dozen current high-ranking African politicians have died with or from “COVID-19”, including two incumbent presidents and three incumbent prime ministers. African leaders die in a significantly higher proportion from/with COVID-19 than the rest of the population; according to some calculations, it kills 17 times more leaders than "regular citizens".[3] Particularly South Africa seems to have a number of unusual deaths.

Pierre Nkurunziza, the longest-ruling President of Burundi, expressed deep scepticism about COVID-19, expelling the WHO team in Burundi without giving reasons[4] and refused to impose a Covid lockdown. He died suddenly the next month.[5][6]

A friend of his, John Magufuli, president of Tanzania, supported his stance on Covid, and declared the pandemic in Tanzania officially over. Magnafuli was criticised for this by commercially-controlled media and died in March 2021.[7] Tanzania's Minister of Justice and Constitutional Affairs Augustine Mahiga[8] and Seif Sharif Hamad, a Tanzanian politician who was the First Vice President of Zanzibar,[9] also are stated to have died from Covid.

Many South African Member of Parliaments have (or stated to have) died from the virus; most politicians who have died have been members of the governing ANC. The most mysterious death is probably the case of Jackson Mthembu, a minister who died of COVID. His doctor was killed in a helicopter crash the same day. Mncedisi Filtane, a former MP died 22nd November 2020, he was the brother-in-law of Loyiso Mpumlwana who died 23 December 2020. Other MPs that suddenly died were Pumza Dyantyi, Loyiso Mpumlwana, Nomvuzo Shabalala and Nombulelo Hermans. The provincial spokesperson for the ANC in KwaZulu-Natal province Ricardo Mthembu and Nelson Mandela's daughter, ambassador Zindzi Mandela, both died in July 2020. In January 2021, former minister and political party founder Mluleki George died. Geoff Makhubo, Mayor of Johannesburg died of COVID in July 2021. His replacement Jolidee Matongo was killed in a freak car crash on 18 September 2021.[12] Shockingly, his successor Mpho Moerane was also killed in a car crash in May 2022.[13]

In August 2021, opposition MP Mthokozisi Nxumalo, who had criticised the governments handling of COVID-19 was killed in a freak car crash. The same month, the chief financial officer at the Gauteng Provincial Government Department of Health Babita Deokaran was assassinated. She had blew the whistle on a corruption scandal involving contractors for COVID-19 PPE procurement when she was shot dead in her car as she returned home.[14]

List of COVID-19 deaths in South Africa (Note: Most of the deaths on this list were incumbent MPs of the ruling ANC)

Some opposition politicians have died. Guy-Brice Parfait Kolélas the leading opposition candidate in the Congo died on election day.[19] 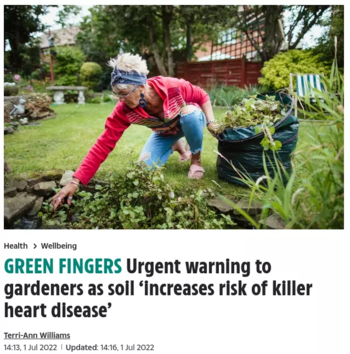 Reporting by the The Sun, a UK tabloid. 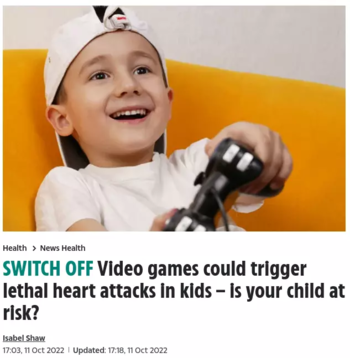 Very early on in the COVID-19 event, when COVID-19/Panic was high, Big Pharma arranged that they would not be legally liable for the consequences of the COVID-19 vaccines they produced. Some test subjects have died due to acute adverse reactions to the vaccine. Vernon Coleman, Sucharit Bhakdi, Luc Montaigner and others strongly suggested that the vaccine may render people's immune systems more vulnerable to mutations of Covid-19 or other coronaviruses.[23]

Since the rollout of the large-scale vaccinations since late 2020, there has been a conspicuous number of premature deaths of people who took the vaccines, in all age groups. An investigation into the data of health insurance providers in Germany found that:[24][25][26]

In October 2022, the Daily Mail reported on this third rail topic.[35]

A number of commercially-controlled media reports about young athletes collapsing in 2021 around the globe with heart issues, or other causes.[37][38][39][40] Fans in the stadia do have 'Medical Emergencies' as well.[41][42] In Europe, the Berliner-Zeitung is the first news outlet to report about a number of such cases in Germany and other European countries.[43][44][45]

During the Miami Open in early 2022 there were 15 withdrawals/retirements during the games, with several top players not able to finish their sets.[46]