A cult is a group which stresses obedience to leadership and exercises a high degree of control over its members lives, often regulating freedom of association and thought. Although they may engage in activities generally regarded as "charitable", such groups are generally regarded by non-members as pernicious influences on society.[citation needed]

Cults each have a unique belief system, commonly one which states that only group members are enlightened/saved or otherwise advantaged. Often this privilege has levels or stages - so beginners are taught one set of truths, and after achieving a certain status within the group, another set of truths are deemed applicable. This may be a gradual enlargement of perspective, or alternatively it may entail a complete reversal of the group's purported values and purposes.

“The language of the totalist environment is characterized by the thought-terminating cliché. The most far-reaching and complex of human problems are compressed into brief, highly selective, definitive-sounding phrases, easily memorized and easily expressed. They become the start and finish of any ideological analysis.”
Robert J. Lifton (1961)  [1]

At least in their early stages, cults tend to be centered around a charismatic leader, whose appeal is such that the group continues to attract followers even when it begins to make extraordinary demands on its members.

While they may evolve independently from within an existing group (such as a church), cults can also be deliberately created by external agencies to fulfill particular purposes. Jim Jones, for example, who took hundreds of followers to Guyana as part of the People's Temple, has an interesting history.

There is no commonly agreed definition of a "cult", although the term is generally understood as a derogative exonym. Generally applied to a fairly small number of religious groups, and associated with frames of mind control and exploitation of the gullible, lonely and otherwise and vulnerable.

The Unification Church (The Moonies)

The Unification Church was started in 1954 by Sun Myung Moon. He was also politically active.

The Finders was a US Deep state backed cult first exposed in the 1980s by a report of semi-feral children in a public park. It was briefely suspected of involvement in child sex trafficking and production of child pornography, but a cover-up operation has obscured it.

The People's Temple was run by Jim Jones, a paedophile abd drug addict who appears to have been under the control of The Cabal. It lead to the events of Jonestown, portrayed as a mass suicide. 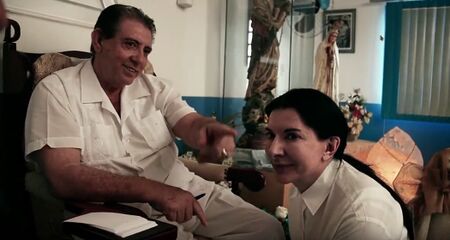 Joao Teixeira de Faria, a brazilian healer and "psychic surgeon" who has been accused of running "baby farms" where young women were held captive, forced to give birth to children and were murdered after ten years. The children were allegedly being sold for between £15,000 and £40,000 in Europe, Australia and the United States.[2] Before these allegations he was made famous by Oprah Winfrey.[3][4][5] Firearms and large quantities of cash were found in a house used as a spiritual retreat. After an arrest warrant was issued, he was on the run for a week.[6] The journalist who exposed the scheme, Sabrina Bittencourt, reportedly took here own life in Febraury 2019.[7] The circumstances of here suicide were difficult to verify in the beginning.[8] He was visited by Naomi Campbell[9] and according to some unverifiable reports also by Bill Clinton[10]. Marina Abramovic visited him for her documentary "The Space In Between: Marina Abramovic in Brazil".[11][12]

Scientology was started in 1952 by science fiction writer L. Ron Hubbard. It is a (pseudo-)scientific movement that offers increasingly expensive training to its devotees. It is well funded, litigious and former members report it as ruthless. In the 1990s it was active in internet censorship - using intellectual property laws to get the anon.penet.fi remailer shut down. In some countries it has been classified as a religion (making it tax exempt). The German government has been active in opposing it.[citation needed]

Although characteristic, traditional religious ideology not essential to a cult; the label has been applied to secular concepts such as neoconservatism, a reference to their totalising nature. The word is usually to minorities, so it would be unusual to talk, for example, of the "cult of democracy" or "cult of party politics".