Mena is a city in Polk County, Arkansas, United States, with around 5000 residents. It was a central drug delivery hub used by the Enterprise whose operations imported cocaine from South America and as a source of flights used to deliver weapons to Nicaragua during Iran-Contra.[1]

Wikipedia does not have much to say on the drug trafficking through Mena, Arkansas. As of July 2019, their main page article contained the single remark (supported by an offline citation) that "During the 1980s, drug smuggler Barry Seal moved his operations to the Mena/Intermountain Municipal Airport, where he owned and operated many planes and helicopters, as well as advanced radar equipment."[2]

Gary Webb remarked that the role of Mena in drug trafficking was exposed in about 1985-86.

Barry Seal's use of Mena, Arkansas is a matter of public (court) record. Its importance as a hub of CIA drug trafficking took some years to emerge. After Seal's assassination many researchers have suggested that the drug trafficking shifted to Stewart Air National Guard Base in upstate New York.[3]

Richard Brenneke has testified under oath that he flew people and weapons out of Mena Arkansas for the CIA, in March or April of 1984.[4] 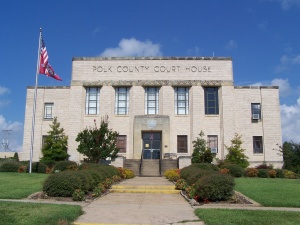