Simon Bracey-Lane's name was added to the Institute for Statecraft's list of fellows between March[1] and November 2018.[2]. Craig Murray described him in December 2018 as a "highly improbable left wing firebrand".[3] He described his "Personal area of expertise" as follows: 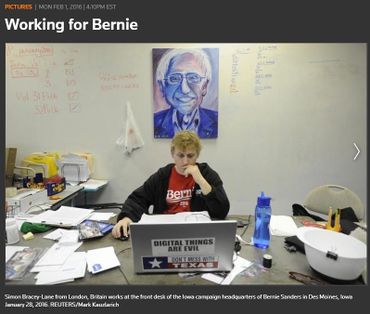 Bracey-Lane's actions appear to have attracted a remarkable degree of press attention. Both Reuters and BuzzFeed news wrote about Simon Bracey-Lane's work for the Bernie Sanders campaign.[8][9] He was also interviewed by AFP.[10]

As an Integrity Initiative employee, Bracey-Lane went to the Balkans and attended a National Endowment for Democracy event in Bosnia (17th -19th May) and a 2BS Event in Montenegro. (21st –23rd May) 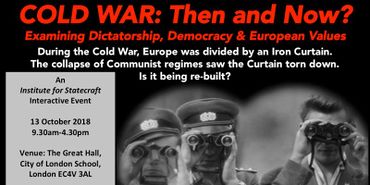 Craig Murray comments that "It is, to say the least, very interesting indeed that just a year later the left wing, “Corbyn and Sanders supporting” Bracey-Lane is hosting a very right wing event, Cold War Then and Now, for the shadowy neo-con Institute for Statecraft, at which an entirely unbalanced panel of British military, NATO and Ukrainian nationalists extolled the virtues of re-arming against Russia...

I am not alleging Mr Bracey-Lane is an intelligence service operative who previously infiltrated the Labour Party and the Sanders campaign. He may just be a young man of unusually heterodox and vacillating political opinions. He may be an undercover reporter for the Canary infiltrating the Institute for Statecraft. All these things are possible, and I have no firm information."[3]

The Institute for Statecraft posted a denial in late 2018 that Bracey-Lane was an intelligence agency operative on the website which they subsequently removed.