A highly popular "alternative" media, which while carrying some progressive news, nevertheless avoids certain subjects, and has nothing much to say about deep politics. It airs simultaneously on satellite and cable television, radio (carried by over 1300 stations worldwide) and the internet. 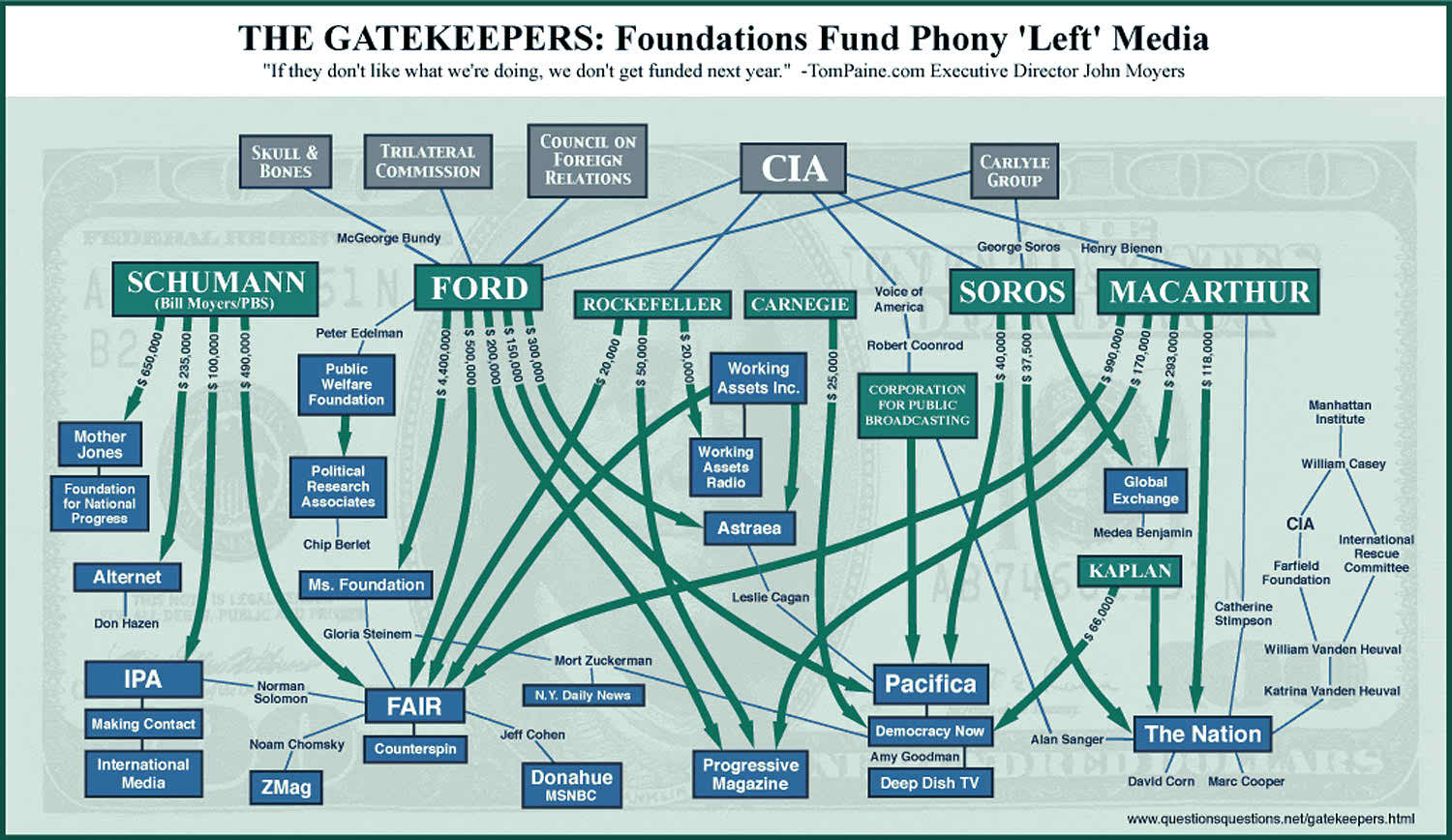 DN! is produced by Democracy Now Productions which is funded by listeners, viewers, and foundations.

It is revealing that DN had next to nothing to say about September 11th in 2014, and (as of August 2015) had found noting to report on the topic since September 2013. It is revealing that it also chooses to air Noam Chomsky's views on the matter, in spite of his claiming not to know much about it.