Alfred Milner, 1st Viscount Milner, KG, GCB, GCMG, PC was a UK deep politician at the heart of the Milner Group, the UK Deep state around a century ago.

Milner worked as a British colonial administrator. He played an influential leadership role in the formulation of foreign and domestic policy between the mid-1890s and early 1920s. 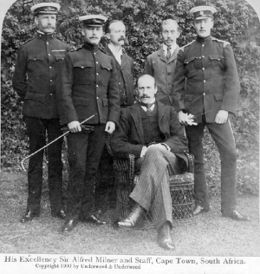 From December 1916 to November 1918, he was one of the most important members of David Lloyd George's War Cabinet.

A Quote by Alfred Milner