Document:5G Trade Wars: the US Empire Strikes Back 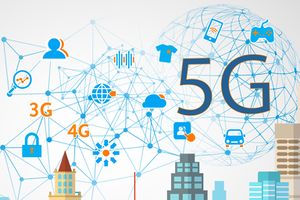 ★ Start a Discussion about this document
5G Trade Wars: the US Empire Strikes Back

This past week the US-China trade war went ballistic. Remember these are the two largest economies on the planet. Let’s unpick what is happening. Yes, geopolitics is involved but the deeper reality is a battle over markets and profits. And the name of that battle is 5G.

5G is the so-called fifth generation of mobile telecommunications networks. 5G is not a simple performance increase. Technically, 5G uses higher radio frequencies than current systems. These higher frequencies are less cluttered and so capable of carrying more information at a much faster rate. This opens a whole new set of uses such as: superfast mobile coms with virtually unlimited information capacity; smart workerless factories; driverless cars and trucks; holographic technology, and remote health care.

Capitalist firms that capture the global 5G marketplace will dominate access to the applications that will run our entire world. The good news is that a 5G world opens the door to freeing humankind from the drudgery of work and therefore the end of the exploitation of human labour.

The bad news is that 5G in the control of private monopoly capitalism will result in something akin to Orwell’s 1984 nightmare. It is not that the Chinese alone will be able to spy on us – any state dominating 5G protocols and accessing its functioning will have the capacity to eavesdrop on the entire world. That will turn every man, woman and child on the planet into a consumer automaton monitored continuously by big business.

As a result, 5G will secure private profits beyond the dreams of avarice. No wonder US and Chinese capitalism are going head to head to get a stranglehold over 5G technology and markets, with literally no holds barred. US processor maker Qualcomm estimates that by 2035 5G will support the production of £8.5 trillion worth of goods and services globally. Barclays Bank predicts 5G will add £15.7bn annually to the UK economy by just 2025.

Little wonder then that Trump has singled out American domination of emerging 5G technology as the key to US economic supremacy in the mid-21st century. This chimes well with that segment of US capitalism closest to the Trump administration – the traditional infrastructure and manufacturing companies serving the domestic American marketplace as opposed to the big international tech and social network giants (Apple, Google, Amazon). These latter have benefited most from globalisation, tend to outsource manufacturing to China, and whose owners lean towards the Democrats.

The first stage in 5G is putting in place the basic plumbing – hardware, telephone masts, switching networks etc. This is where instant profits will be made, in upgrading from 4G. One big winner here is Qualcomm. Last year, Trump used an Executive Order to block a hostile, $117bn takeover of Qualcomm by Singapore-based rival Broadcom, on grounds of national security. It was a sign of things to come.

Over the last twelve months, the White House has embarked on a major, occasionally bullying campaign to knock China out of the race for 5G domination. In a new Red Scare, this policy has focused on denying the Chinese tech giant Huawei from gaining orders in the West for supplying 5G infrastructure.

In only three decades, Huawei has been transformed from a small retailer of low-end phone equipment into a global giant. Last year, Huawei edged out Apple as the second-biggest global provider of mobile phones. This success story is down to its founder, Ren Zhengfei, a former engineer in the Peoples’ Liberation Army. There are claims that Ren stole American technology. Certainly (like Japan in earlier decades) China has not been averse to copying and reverse engineering Western technology – how else do developing countries break the Western monopoly of intellectual property?

However, Ren’s Huawei did not just imitate. It has its own research labs, including one in California. And it has created alliances with leading universities around the world. Last year, it generated $100 billion in revenue – significantly more than IBM. Huawei’s proven ability to deliver quality at a lower cost than Western companies has already driven once-dominant players like Motorola and Lucent out of the market. That – not security issues – is why American capitalism is using legal and political blackmail to take out an economic competitor.

For instance, last year a delegation of American officials showed up last in Germany (where most of continental Europe’s trunk fibre-optic lines connect) and where Huawei wanted to supply the switches that make a 5G system function. Their message: any benefit of using cheaper Chinese telecom equipment is outweighed by the security threat to NATO. It is a refrain the White House has used ever since, including to the UK.

Under American pressure, Australia has already banned Huawei from supplying 5G equipment. And in an even more dramatic move, last December, Canada arrested a top Huawei executive, Meng Wanzhou, at the request of the White House. Ms Meng just happens to be the daughter of Huawei’s founder and Communist Party member, Ren Zhengfei. She is accused of evading US sanctions against Iran.

This 5G trade war is turning hot. Last year, two big American mobile coms companies, AT&T and Verizon, stopped selling Huawei phones in their stores after Huawei begin making the devices with its own processors, rather than relying on American manufacturers. This week President Trump went the whole way and issued an Executive Order literally banning US companies from using telecoms equipment made by Huawei and other Chinese firms deemed to pose “a national security risk”.

Where will this end? China’s domestic market is large enough to support Huawei while it is unlikely that US pressure can wall the company out of Asia, Russia or Africa. And what happens when the US tries to use its political muscle to force Europe to buy American 5G technology as a prelude to absorbing the European telecoms sector by diplomatic force?

We have entered a dangerous era akin to the Great Power rivalry that preceded the First World War. Unless we dismantle global capitalism and replace it with the zero-growth, sustainable economy that new technologies makes possible, then today’s trade wars will become hot wars.[1]