Amazon is the world's largest e-commerce company and one of the largest providers of cloud computing services.[1] It was set up by Jeff Bezos in 1994. It experienced a huge surge in profits as a result of the COVID-19 lockdowns.

Amazon employs people full time to use social media such as Twitter to talk about how great it is to work there.[2]

In 2018, an internal training video surfaced which claimed to provide Amazon employees with "tools for success when it comes to labour organizing." It states that Amazon is "not anti-union, but not neutral either." It provides explicit "warning signs" for "organizing activity" among employees and encouraged against the use of terms such as "living wage". [3] Motherboard reported in November 2020 that the company hired Pinkerton to spy on warehouse workers and the extensive monitoring of labor unions, environmental activists, and other social movements.[4]

Amazon was criticised for not prioritising the safety of its employees during the COVID-19 pandemic. Its response included a video made by members of its PR team, in which they pretended to be ordinary Amazon employees. This was aired as news by US commercially-controlled media[5]. 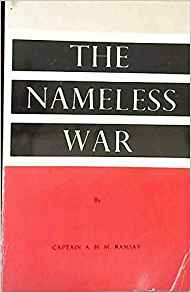 Amazon has removed some of its pages about The Nameless War, a book by Archibald Maule Ramsay about the influence of the Jewish financiers.[6] 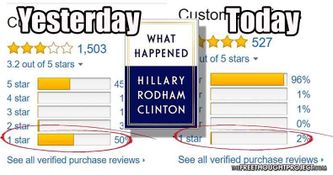 Luke Rudkowski tweeted in 2017 that Amazon had deleted all the critical reviews (as measured by the number of stars) of Hillary Clinton's book, What Happened. This lead people to criticise the book but give it 4 or 5 stars.[8]

Scott Lively and Kevin Abrams 1995 book: The Pink Swastika: Homosexuality in the Nazi Party (which had several updated editions over the years),[9] has been banned on Amazon in August 2020.[10] The book is focusing on the heavy homosexual side of the leadership of the Nazi party. 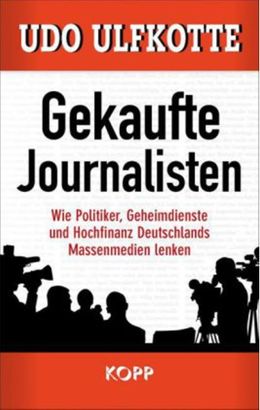 The cover of Gekaufte Journalisten, the English translation of which has been priced on Amazon at around $1000 for a used copy.[11][12]

AI is used to automatically set the prices of books on Amazon,[13][14] which can lead to very high prices if supply is short. This may be an indication of censorship.

"The English translation of German journalist Udo Ulfkotte’s best-selling book, Gekaufte Journalisten (Bought Journalists) appears to have been suppressed throughout North America and Europe."[15] In April 2018, it was selling for around $1000 a copy. In June 2019, the book had 22 Amazon reviews, all 5/5 stars, and was retailing for around $900.[16] Another translation of the book has been released in 2019.[17][18] 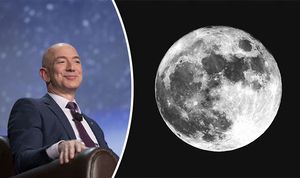 After a highly publicised publicity campaign throughout 2018 to find a new location to build a second headquarters in the United States, it was reported that Amazon will be developing an HQ2 location in the Crystal City district of Arlington, VA that also encompasses Pentagon City and Potomac Yard in association with developer JBG Smith. Crystal City is located directly south of the Pentagon and includes portions of Pentagon City.

As part of its plan for "National Landing", Amazon has plans to construct several new buildings in Pentagon City and Potomac Yard as well as a pedestrian bridge to the nearby Ronald Reagan International Airport. [23]

In 2017 Amazon revealed plans to help “America return to the moon” after Jeff Bezos announced the firm would deliver supplies to the lunar satellite in 2020.[24]

Amazon's smart speakers (aka Alexa) listen in and records users' conversations or metadata, for then to give it to the US government. Amazon said that “any number of entities” can request the data, but that they prioritize it based on urgency. Lee Whitfield, a forensic analyst, said: “Things like Homeland Security, they're going to take high priority. Other law enforcement requests will come in under that. And then things like divorce cases or civil cases, they have a lower ranking.”[25]

3 of the 15 of the participants already have pages here: