Document:Hacking on a Scale you can Barely Imagine 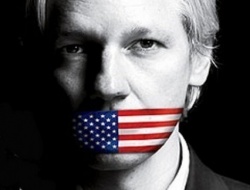 Big Brother technology is with us now and it is moving forward at a truly frightening pace. Orwell's dystopia is very close to being realised.
See Also

In the week Lord Leveson published almost a million words about his inquiry into the "culture, practice and ethics" of Britain's corporate press, two illuminating books about media and freedom were also published. Their contrast with the Punch and Judy show staged by Leveson is striking.

For 36 years, Project Censored, based in California, has documented critically important stories unreported or suppressed by the media most Americans watch or read. This year's report is Censored 2013: Dispatches from the media revolution by Mickey Huff and Andy Lee Roth (Seven Stories Press). They describe the omissions of "mainstream" journalism as "history in the un-making". Unlike Leveson, their investigation demonstrates the sham of a system claiming to be free. Among their top 25 censored stories are these:

Since 2001, the United States has erected a police state apparatus including a presidential order that allows the US military to detain anyone indefinitely without trial. FBI agents are now responsible for the majority of terrorist plots, with a network of 15,000 spies "encouraging and assisting people to commit crimes". Informants receive cash rewards of up to $100,000.

The bombing of civilian targets in Libya in 2011 was often deliberate and included the main water supply facility that provided water to 70 per cent of the population. In Afghanistan, the murder of 16 unarmed civilians, including children, attributed to one rogue US soldier, was actually committed by "multiple" soldiers, and covered up. In Syria, the US, Britain and France are funding and arming the icon of terrorism, al-Qaida. In Latin America, one US bank has laundered $378 billion in drug money.

In Britain, this world of subjugated news and information is concealed behind a similar façade of a "free" media, which promotes the extremisms of state corruption and war, consumerism and an impoverishment known as "austerity". Leveson devoted his "inquiry" to the preservation of this system. My favourite laugh-out-loud quote of His Lordship is: "I have seen no basis at any stage for challenging the integrity of the police."

Those who have long tired of deconstructing the clichés and deceptions of "news" say: "At least there is the internet now."

Yes, there is, but for how long? Alfred W. McCoy, the great American chronicler of imperialism, quotes Obama in one of the recent election debates. "We need to be thinking about cyber security," said Obama. "We need to be thinking about space." McCoy calls this revolutionary. "Not a single commentator seemed to have a clue when it came to the profound strategic changes encoded in the president's sparse words," he wrote. "Yet, for the past four years, working in silence and secrecy, the Obama administration has presided over a technological revolution... moving the nation far beyond bayonets and battleships to cyber warfare, the weaponisation of space [and] a breakthrough in what's called 'information warfare'."

This is about "hacking" on a vast scale by the state and its intelligence and military arms and "security" corporations. It was unmentionable at the Leveson inquiry, even though the internet was within Leveson's remit. It is the subject of Cypherpunks: Freedom and the future of the internet by Julian Assange with Jacob Appelbaum, Andy Muller-Maguhn and Jeremie Zimmermann (OR Books). That the Guardian, a principal gatekeeper of liberal debate in Britain, should describe their published conversation as "dystopian musings" is unsurprising. Understanding what they have to say is to abandon the vicarious as journalism and embrace the real thing.

"The internet was supposed to be a civilian space," Assange writes. "[It] is our space, because we all use it to communicate with each other and with members of our family... Ten years ago [mass interception] was seen to be a fantasy, something only paranoid people believed in" but now the internet is becoming "a militarized zone." When everyone can be intercepted en masse, spying on individuals is redundant. Stasi, the East German secret police, "penetrated" 10 per cent of East Germany society. Today, the cost of intercepting and storing all telephone calls in Germany in a year is less than eight million euros. More than 175 companies now sell the surveillance of whole countries. A whistleblower at the giant US telecommunications company AT&T has disclosed that the National Security Agency (NSA) allegedly took every phone call, every internet connection. The NSA intercepts 1.6 bn. personal communications every day.

To the "national security state", of which the US is the pioneer and model, "perpetual war" is a given; and the public are the enemy - not terrorists. Google, Facebook and Twitter are all based in the US. In December 2010, Twitter was ordered by the Justice Department to surrender its clients' personal information relevant to the Obama administration's pursuit of WikiLeaks, no matter where in the world people lived. Obama has pursued twice as many whistleblowers as all US presidents combined. This is why Assange and Bradley Manning are targets - along with those rare journalists who do their job and publish in the public interest. Like Assange they, too, are liable to be prosecuted for espionage, regardless of what the US Constitution says. A whistleblower at the NSA, Bill Binney, describes this as "turnkey totalitarianism".

The iniquity of Rupert Murdoch was not his "influence" over the Tweedledees and Tweedledums in Downing Street, nor the thuggery of his eavesdroppers, but the augmented barbarism of his media empire in promoting the killing, suffering and dispossession of countless men, women and children in America's and Britain's illegal wars.

Murdoch has plenty of respectable accomplices. The liberal Observer was as rabid a devotee of the Iraq invasion. When Tony Blair gave evidence to the Leveson inquiry, bleating about the media's harassment of his wife, he was interrupted by a filmmaker, David Lawley-Wakelin, who described him as a war criminal. At that, Lord Leveson leapt to his feet and ordered the truth-teller thrown out and apologised to the war criminal. Such an exquisite display of irony is contemptuous of all of us.