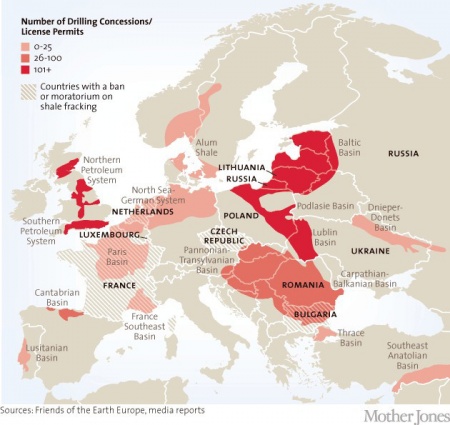 Hydraulic fracturing, or fracking, is a drilling process that injects millions of gallons of water, sand and other (secret) chemicals under high pressure to increase oil extraction from rocks. It can cause earthquakes[1] and pollute the drinking water a long distance away from where it is carried out.[2]

The USGS admits that "fracking causes small earthquakes", but claims that "they are almost always too small to be a safety concern." [3][4] In 2015, a paper in the Canadian Geotechnical Journal suggested that "using computer analysis prior to drilling could limit seismic events as a result of hydraulic fracturing".[5]

Some scientists are highly concerned about the risks of fracking induced eathquakes and the lack of regulation of investigation of its safety.[6] 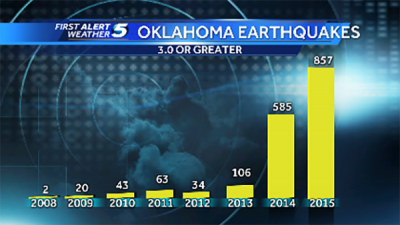 George Choy, a seismologist at the US Geological Survey reported a "completely unprecedented" increase in earthquakes in Oklahoma, which is naturally far from fault lines. From 1975 to 2008, the state experienced anywhere from 0-3 earthquakes a year which registered at 3.0 or higher on the Richter scale. Then the numbers jumped as fracking increased: there were 20 in 2009, 43 in 2010, 63 in 2011, 34 in 2012, 106 in 2013, 585 in 2014 and 857 in 2015 (more than the rest of the continental US combined that year).[7] The largest of these was 4.5, not large enough enough to damage buildings. Opinion remains divided whether fracking increases the risk of larger earthquakes.[8]

Fracking was suspended in Blackpool in August 2019 for 18 hours after it the largest ever earthquake.[9]

Many countries place some legal restrictions on fracking, some such as France have an outright moratorium on fracking. In other countries, such as US, it has been greatly facilitated through legal changes, notably the infamous "Cheney Loophole".

US: The "Cheney Loophole"

Dick Cheney inserted a provision in the federal Energy Policy Act of 2005 that has come to be known as the 'Cheney loophole'. This allows the fracking industry to circumvent the Safe Drinking Water Act by exempting fracking fluids, thus fast tracking shale fracking as a source of cheap natural gas.[10][11]

Fracking is associated with higher numbers of oil spills.[12]

In 2015, Truthstream Media reported old newspaper stories from linked fracking to the disposal of nuclear waste. It stated Halliburton has a "long-standing relationship with the deep state" and that "deep ties [exist] between the oil and nuclear industries".

“Researchers at Halliburton Co’s. Technical Center here working with Oak Ridge National Laboratory scientists, have combined the oil well cementing technique with the hydraulic fracturing production stimulation technique to entomb radioactive wastes in an impermeable shale formation a thousand feet underground. The method used at Oak Ridge begins by mixing the waste with a cement slurry, pumping the mixture down a hole drilled into the Conasuaga shale and then fracturing the shale to create a horizontal crack. The crack fills with the mixture to form a thin, horizontal sheet several hundred feet across. The mix sets to permanently hold the radioactive waste in the formation.”
(1964)  [13] 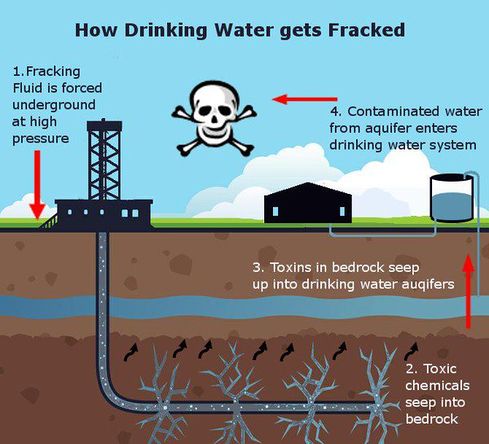