From Wikispooks
< Australia
Jump to navigation Jump to search 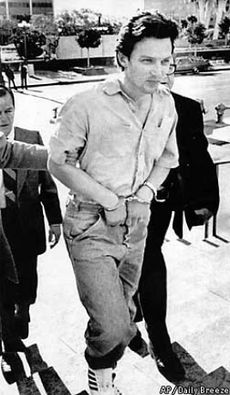 Christopher Boyce, the code clerk who exposed the CIA's role in the 1975 coup, is arrested before being tried for espionage.

In 1966 Kerr had joined the Association for Cultural Freedom, a conservative group that was later revealed to have received CIA funding. Christopher Boyce claimed that the CIA wanted Whitlam removed from office because he threatened to close US military bases in Australia, including Pine Gap. Boyce said that Kerr was described by the CIA as "our man Kerr".[4] Jonathan Kwitny of the Wall Street Journal noted that the CIA "paid for Kerr’s travel, built his prestige... Kerr continued to go to the CIA for money".

On the day he was dismissed, Whitlam was due to inform the Australian Parliament about the secret CIA presence in the country.[citation needed] 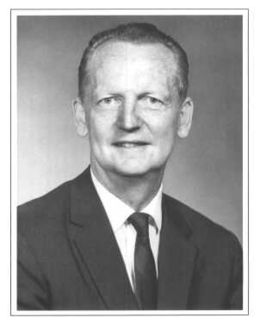 'Coupmaster' Marshall Green, the US ambassador to Australia.

In 1974, the White House sent as ambassador to Australia Marshall Green, who was known as 'the coupmaster' for his central role in the 1965 coup against Indonesian President Sukarno – which cost up to a million lives.[5]

Whitlam said that in 1977 Warren Christopher, the United States Deputy Secretary of State , made a special trip to Sydney to meet with him and told him, on behalf of US President Jimmy Carter, of his willingness to work with whatever government Australians elected, and that the US would never again interfere with Australia's democratic processes.[citation needed]

In 1975, Whitlam discovered that the UK deep state had long been operating MI6 against his government. He said later: “The Brits were actually decoding secret messages coming into my foreign affairs office." One of his ministers, Clyde Cameron, told John Pilger “We knew MI6 was bugging Cabinet meetings for the Americans."[2]

In 1982 Christopher Boyce stated on 60 Minutes, an Australian Channel Nine TV program. He outlined the coup, stated that the CIA had engineered it, and that senior CIA officials referred to Governor-General Sir John Kerr, who dismissed Whitlam’s government, as “our man Kerr.” The response the commercially-controlled media was a new blackout.[6] "In 1985, however, his story became the subject of a movie, called The Falcon and the Snowman, starring Timothy Hutton and Sean Penn, based upon the 1979 book of the same title by Robert Lindsay".[6]

In interviews in the 1980s with the US investigative journalist Joseph Trento, CIA agents disclosed that the "Whitlam problem" had been discussed "with urgency" by CIA director, William Colby, and the head of MI6, Sir Maurice Oldfield, and that "arrangements" were made.[2]

William Blum wrote in 2013 that the most detailed account of the coup of which he was aware was in his Killing Hope: U.S. Military and C.I.A. Interventions Since World War II.[7]

In 2014 Australian journalist John Pilger published an article The British-American coup that ended Australian independence in The Guardian, which began "In 1975 prime minister Gough Whitlam, who has died this week, dared to try to assert his country’s autonomy. The CIA and MI6 made sure he paid the price". The article observes that on "The day after his election, he ordered that his staff should not be “vetted or harassed” by the Australian security organisation, ASIO – then, as now, tied to Anglo-American intelligence".[8]

In its page about Whitlam, the Australian National Museum makes no mention of the CIA or other forces which planned the Canberra coup. In 2019, it summarised his downfall by stating that "Economic woes and political mistakes resulted in the Opposition refusing to pass his government’s Budget Bills in the Senate. In 1975, he became the only Prime Minister to be removed from office by the Governor-General."[9]

As of January 2019, the Wikipedia article only uses the word "coup" in the following sentence, which occurs in a subsection on Alleged CIA involvement: "In 1974, the White House sent as ambassador to Australia Marshall Green, who was known as "the coupmaster" for his central role in the 1965 coup against Indonesian President Sukarno."

The Washington Post has twice published that the Canberra Coup was an internal matter that lead to a government shudown.[10] Columnist Max Fisher wrote in 2013 that "there actually is one foreign precedent [of the US government shutdown]: Australia did this once. In 1975, the Australian government shut down because the legislature had failed to fund it, deadlocked by a budgetary squabble. It looked a lot like the U.S. shutdown of today, or the 17 previous U.S. shutdowns."[11] In January 2019, Rick Noack[12] "once again uses a US government shutdown as an excuse to lie about the CIA coup that overthrew Gough Whitlam, the Labor PM of Australia who was trying to shut down the CIA base at Alice Springs."[13][14]