In 1975 the 1961 Single Convention on Narcotic Drugs came into force. The US finally conceded defeat in the Vietnam War. A segment of the Zapruder film was first shown on US TV in March, increasing interest in the JFK assassination, after having been bought up by Life magazine and kept unseen for over a decade.

Saigon fell on April 29, 1975, marking the end of the Vietnam War which had claimed perhaps 2,500,000 lives - but proved highly profitable for the US deep state, but financially and in terms of establishing their control of the illegal drug trade. 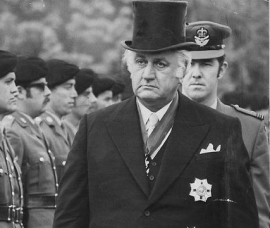 The 11th February saw the success of a long campaign to depose Edward Heath as Leader of the Conservative Party, and replaced by his former Education Secretary, the relatively unknown Margaret Thatcher. Dennis Healey recalls that at the 1975 Bilderberg "David Rockefeller and Henry Kissinger and the other Americans fell in love with her".

A diplomatic cable from Wikileaks indicates that starting on 14 May 1975, the US Senate Subcommittee on Internal Security had a hearing on "international terrorism". Among the principal speakers was Brian Crozier. The cable refers to him as head of the Institute for the Study of Conflict, but makes no mention of his role as Chairman of Le Cercle.[1] 9 years later he would be back in Washington for the Washington Conference on International Terrorism. 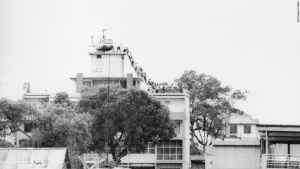