Ben Nimmo is a UK deep state functionary. As of 2019 was a "Senior Fellow for Information Defense, Digital Forensic Research Lab".[1] He also has an author page at Disinfoportal.[2]

Danielle Ryan wrote for RT that "Nimmo is a former spokesperson for NATO".[3] He previously consulted for the covert Integrity Initiative propaganda farm, which was funded by the UK Foreign Office and dedicated to spawning conflict with Russia.[4]

A 2016 "impact assessment" leaked from the II revealed that Nimmo had made at least 2 complaints to Ofcom.[5]

Craig Murray wrote on his blog some months before the Integrity Initiative Leak:

“Nimmo’s track record is simply appalling. In this report for the Atlantic Council website, he falsely identified British pensioner @Ian56789 as a “Russian troll farm”, which led to Ian being named as such by the British government, and to perhaps the most surreal Sky News interview of all time. Perhaps still more remarkably, Nimmo searches for use of the phrase “cui bono?” in reference to the Skripal and fake Douma chemical weapons attacks. Nimmo characterises use of the phrase cui bono as evidence of pro-Assad and pro-Kremlin bots and trolls – he really does. Most people would think to consider cui bono indicates a smattering more commonsense than Nimmo himself displays.”
Craig Murray (28 August 2018)  [6]

The Grayzone reported in December 2019 that Nimmo and the DFRLab prompted Facebook and Twitter to delete hundreds of accounts.[7]

Introduced as a “defence analyst” in The Times, Nimmo stated that Sputnik News is “an instrument of Russian state power, not an independent journalism outlet.”[8] A 2019 RT article commenting on the tendency of commercially-controlled media to cite Nimmo without declaring his allegiances "is journalistic malpractice".[3]

“Ben Nimmo works for the Atlantic Council, funded inter alia by NATO. He is also on a retainer of £2,500 per month from the Integrity Initiative, in addition to payments for individual pieces of work. For his attack on Scottish Nationalists Nimmo was therefore paid by the Atlantic Council (your taxes through NATO), by the Integrity Initiative (your taxes) and by the Herald (thankfully shortly going bankrupt)... Nimmo’s role as witchfinder-general for Russian Bots appears very remunerative. His August 2016 invoice to The Institute for Statecraft, apparently the 71st invoice he had issued to various neo-con bodies that year, was for £5,000.”
Craig Murray (22 December 2018)  [10]

On 2 December 2019, 'Philip Cross' cited "Ben Nimmo, of the social media analysis company Graphika" as a reliable source in the "Russian and Syrian disinformation campaign" subsection of the Wikipedia page posted following the death of James Le Mesurier.[11] 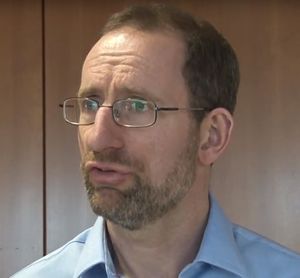