Daniel Estulin is a Lithuanian researcher on Deep Politics in general and the Bilderberg Group in particular. He was the host of Desde la sombra on the Spanish RT program,[1][2] and invited to the European Parliament in 2010 by a member Lega Nord to discuss on his findings about the Bilderberg Group.[3][4] [5][6][7][8][9][10]

Estulin has done extensive research on the Bilderberg Group:

Early in its history, Bilderbergers decided “to create an ‘Aristocracy of purpose’ between Europe and the United States (to reach consensus to rule the world on matters of) policy, economics, and (overall) strategy.” NATO was essential for their plans – to ensure “perpetual war (and) nuclear blackmail” to be used as necessary. Then proceed to loot the planet, achieve fabulous wealth and power, and crush all challengers to keep it.

Whatever its early mission, the Group is now “a shadow world government….threaten(ing) to take away our right to direct our own destinies (by creating) a disturbing reality” very much harming the public’s welfare. In short, Bilderbergers want to supplant individual nation-state sovereignty with an all-powerful global government, corporate controlled, and check-mated by militarized enforcement.[11]

The Group’s grand design is for “a One World Government (World Company) with a single, global marketplace, policed by one world army, and financially regulated by one ‘World (Central) Bank’ using one global currency.” Their “wish list” includes:

— “one international identify (observing) one set of universal values;”

— a New World Order with no middle class, only “rulers and servants (serfs),” and, of course, no democracy;

— “a zero-growth society” without prosperity or progress, only greater wealth and power for the rulers;

— absolute control of education to program the public mind and train those chosen for various roles;

— “centralized control of all foreign and domestic policies;” one size fits all globally;

— using the UN as a de facto world government imposing a UN tax on “world citizens;”

— imposing a universal legal system; and

— a global “welfare state where obedient slaves will be rewarded and non-conformists targeted for extermination.”

In April 2020 he said about himself and his work: "You should probably never take that vaccine, because it’s again, one of the things about coronavirus is the forced vaccination programs. It’s the Big Data, new electronic passports. In the future, Daniel you’re not gonna have a passport, you gonna have this electronic passport that’s gonna have your vaccination programs and to see if it’s up-to-date."..."For those people who still have the gall to say, 'Daniel Estulin is a conspiracy theorist!' I want you to look to your left and to your right and realize that five and a half billion people and the planet Earth have been locked up in their homes. You have been locked up, something that we’ve been talking about since my first book on the Bilderbergers came out, back in the year 2005"....You will need to offer your electronic passport for you to travel, for you to buy food, for you to get married, for you to die in peace, for you to be able to buy a home, to get a loan.[12] 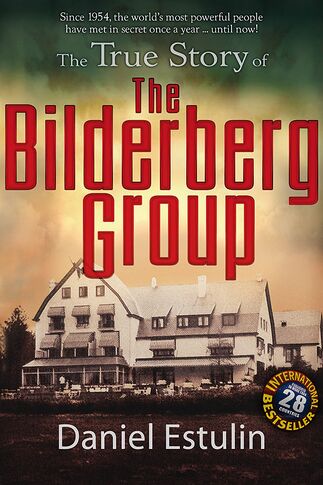 In August 2010, he was invited by Fidel Castro for a personal meeting in Havana after Castro had read Bilderberg. In October 2010, Estulin became the first journalist to give a speech to the Joint Chiefs of Staff of Venezuelan armed forces on global financial structures and the Bilderberg group.

In 2010, he was invited to address the European Parliament by Italian MEP Mario Borghezio.[13]

A Document by Daniel Estulin