Document:US Nuclear Policy Review: The World Is Our Enemy 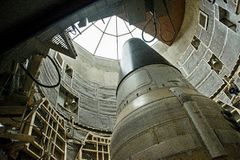 The world is our enemy and we reserve the right to destroy part or all of it at our discretion. That is the essence of the United States Nuclear Policy Review that was recently released; a document of a criminal enterprise bent on world domination that describes how the use of new and “more flexible” nuclear weapons will achieve that domination.

The key to their intentions is contained in a statement on page 22 of the document where they state:

“To help preserve deterrence and the assurance of allies and partners, the United States has never adopted a “no first use” policy and, given the contemporary threat environment, such a policy is not justified today. It remains the policy of the United States to retain some ambiguity regarding the precise circumstances that might lead to a U.S. nuclear response.”

In other words, they are saying:

“We will keep you guessing as to when and against whom we will use them. We will maintain our role as the greatest state terrorist by keeping the nuclear Damocles sword over the heads of the people of the world constantly to ensure that the world acts in our interest.”

The American nuclear sword they are crafting will be sharpened with smaller, more battlefield usable nuclear weapons on land, sea and air. But whereas until now nuclear weapons were considered a separate category of weapons whose use means the deaths of tens or hundreds of millions of people, considered both immoral and illegal under international law, they are now considered by the Americans as a type of conventional weapon, a part of their conventional weapons systems. This raises the risk that their use will increase from a possibility to a certainty for they threaten to use them against any situation that in their view requires it even if it is a conventional war scenario. So, if the Americans stage a Russian attack on the Baltic states and claims its forces are too weak to stop the attack then they will use nuclear weapons on their real targets for which the staged attack was the pretext. Millions will die.

The nuclear sword continues to hang most dangerously over the peoples of Russia, China, North Korea and Iran, described by the fantasists in the Pentagon as “provoking” the US when it is the US that is provoking them. Nuclear war is threatened against all four nations simply because they have reacted to American aggression and threats and are trying to defend themselves.

The American view of their role in the Nuclear Non-Proliferation Treaty, as expressed in this new Policy at the very end of the document, in a short section thrown in to fool idiots that they search for peace, is as world cop allowed the use of nuclear weapons by some divine right while denying them to everyone else.

They repeat the lies that Russia has violated various nuclear arms treaties and committed acts of aggression and that North Korea is in violation of the Nuclear Non-Proliferation Treaty when North Korea is no longer a party to it. China is accused of similar violations and aggression in the South China Sea while Iran is accused of being on the verge of violating their commitments not to build nuclear weapons. All those nations are described as “revisionists” “aggressors” “threats to the world order” or, when some honesty slips in, a threat to American interests, which means a threat to American tyranny over the world. But nation states are not the only possible triggers of their “ultimate solution.”

They even go so far as to state their intention to use nuclear weapons on any state that provides a nuclear weapon to a “terrorist” group. The document states on page 67:

“The United States will hold fully accountable any state, terrorist group, or other non-state actor that supports or enables terrorist efforts to obtain or employ nuclear devices. Although the role of U.S. nuclear weapons in countering nuclear terrorism is limited, for effective deterrence our adversaries must understand that a terrorist attack against the United States, or its allies and partners, would qualify as 'extreme circumstances' under which the United States could consider the ‘ultimate form of retaliation.’”

There is not one word of reality in the entire document, no admission that the world is arming against them because they have attacked or threatened just about every country in the world since they rose to power on the blood of millions of indigenous dead and their first wars of conquest. There is not one world of their nuclear attacks on Japan, their attack on Korea, on Vietnam, on Grenada, Latin and Central America, Iraq, Syria, Lebanon, Rwanda, Congo, Yugoslavia, Afghanistan, China, Venezuela, the overthrow of the government in Ukraine, support of fascists everywhere and, well, I can go on and on to list their crimes against nations, peoples, societies and cultures the world over but I would risk tiring out both myself and the reader.

As Jan Oberg, head of the Transnational Foundation for Peace and Future Research in Sweden, pointed out the western media has remained criminally silent on this “most dangerous” of documents, unable to praise it, and afraid to criticise it, or ordered not to, thereby making themselves complicit in the criminal plans of the United States and its allies. Only the BBC had an article on the condemnations of the American threat by China, Russia and Iran, but, to reduce the effect, put their words inside quotation marks.

China stated that that it firmly opposes the Policy and rejected the American characterisation of China as a nuclear threat and made it clear the American Policy is a negation of the Nuclear Non-Proliferation Treaty. Russia’s foreign ministry correctly stated that the US was warmongering and would take necessary measures to counter the threat. Iran also stated the Policy was a violation of international law. But perhaps the strongest statement came from the German Foreign Minister Sigmar Gabriel who stated that:

“The US government’s new nuclear posture shows that the spiral of a new nuclear arms races is already underway. As in the days of the Cold War, this poses a serious threat to us in Europe. Instead of new weapon systems, we need new disarmament initiatives.”

But then the Germans, and the French and British, are increasingly fed up with the American policies. The German foreign minister has called for Germany to take up a more aggressive foreign policy of its own, and stated that Europe needs to project its own power (under German control), that the Americans are moving away from Europe and isolating themselves, are now seen as economic rivals instead of partners and, therefore, are no longer viewed as a reliable security partner, and instead, pose a danger to Europe caught between the USA and Russia.

President Trump said, as if oblivious to all this and with all the charm of "Mac The Knife", that the American readiness to use new and smaller nuclear weapons would ensure no use of these weapons by others, in other words that American preparation for global war will bring us all the miracle of global peace, so long as, of course, the other nations of the world do exactly as they are told.

But, to quote John Galtung, the distinguished Professor of Peace Studies in Oslo:

“A very important reason for forbidding nuclear weapons and other weapons of mass destruction is that they increase the threshold for what is acceptable. A conventional war is often defended by saying it did not go nuclear. The international legal framework for warfare is already a victim of nuclear arms and can only regain its validity by forbidding that insult perpetrated on humanity.”

Already we are seeing that Dr Galtung is correct for the reaction of the threatened nations is of course, not to kowtow but to resist and strengthen their own nuclear weapons systems and change their nuclear weapons use policies to match that of the Americans. The world stands on the precipice of the ultimate catastrophe.

“It is impossible to achieve peace as long as every single action is taken with a possible future conflict in view. Competitive armament is not a way to prevent war. Every step in this direction brings us nearer to catastrophe. The armaments race is the worst method to prevent open conflict. On the contrary, real peace cannot be reached without a systematic disarmament on a supranational scale. I repeat, armament is not protection against war but leads inevitably to war.”

But this was said when I was a child and we are in a worse predicament now than ever before. On January 25, the Bulletin of the Atomic Scientists reset its Doomsday Clock from two and half minutes to midnight to two minutes to midnight due to their concerns about the threat of nuclear war, climate change and technologies being used by governments against the citizenry. That was before the release of the American Nuclear Policy which places us even closer to midnight than that. And yet even they adopt the rhetoric and propaganda of the American government in their statement about Russian aggression and the alleged threat of North Korea. So where is the hope when the truth is suppressed and reality turned on its head even by those who warn us of our predicament?

It’s a terrible world we live in and it will not change unless we make it change. I last wrote about our Open Letter to the International Criminal Court asking the Prosecutor to open a file on the leadership of the United States and its allies for conspiring to commit genocide against the people of Korea. The release of this document can be considered evidence of a conspiracy to commit instant genocide against the entire world’s population. It’s the American gangster way of saying to all of us:

“Do what we tell yah or you’ll get wacked.”

It’s long past time to get up, stand up, get on the streets, make our voice heard, not slink in the shadows, bemoaning our fate while there is a way to win the struggle for disarmament, for peace, for putting power under our control, we do all the work after all, why not? If we just move into the light, so we can see the reality of things, if we just move into action; because if we don’t, then to quote the words of "Mack the Knife", by Bertolt Brecht, referred to earlier:

“There are some who are in darkness,
"And the others are in light,
"And you see the ones in brightness,
"Those in darkness drop from sight.”