Deep states, by definition, exert covert control over governmental organisations. This is generally through a network of individual deep state functionaries, but occasionally directly; George H. W. Bush, for example, was simultaneously leader of the US deep state and of the US public state.

Effective control of the money supply is a key priority for any modern deep state.

“Whether you take the popular adage ‘money is power in its most liquid form’ or listen to the historians—‘power follows property’—an obvious job for any elite that wants to stay in power is to corner the money supply.”
Ivo Mosley (2013)  [1]

Since control over money yields an effectively dominant position in the commercial world, effective control over corporations of interest is only a matter of time. From control of the money supply flow multiple other avenues of control.

The 1990s saw spectacular consolidation of corporate media, facilitating top down control. The ability to censor stories is very important as regards duplicitous tactics such as false flag attacks.

Deep states use a variety of control mechanisms to exert influence over people.

The control of deep politicians is extended by deep state operatives. These may be deep state actors, who are aware that they are working for a deep state group, consciously playing a role in a government or commerical organisation, and ready to subvert its official chain of command by taking instructions from their deep state handler. Deep state functionaries, by contrast, are unaware assets, who can nevertheless be manipulated by agents within deep state groups. 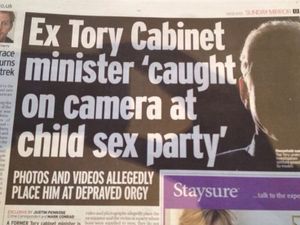 Blackmail (particularly sexual blackmail) is a popular tactic of the deep state because it easily lends itself to clandestine exploitation. It is hard to estimate the extent of its usage, but Sibel Edmonds' testimony indicates that not only is it routinely used, but that the careers of the sexually compromised are deliberately advanced in order to facilitate it.[2]

UK Deep politician Brian Crozier set up the Shield committee to get Thatcher elected, and the leaked Langemann Papers confirmed that her election was a goal of Le Cercle. UK deep state involvement is suggested by the fact that this was not reported on by the UK commercially-controlled media.

Their need to stay hidden has lead deep states to have a well developed capacity to stifle unwanted voices. This ranges simple blackmail through to assassination as needs be.

In extreme cases, the deep states may stage a coup d'etat, often through a controlled intelligence agency, to topple unwanted political leaders. Whether overt or covert, this inevitably carries some risk, and so is usually reserved only for the most urgent cases, such as for example that of Mohammed Mossadegh, whose plans threatened the income of big oil. Sometimes a coup may be bloodless (e.g. the 1975 removal of Gough Whitlam), sometimes it can be achieved by a single assassination, as in the 1963 removal of John F. Kennedy.

The most direct method of silencing unwanted voices is to assassinate them. This appears to have applied, for example, in the case of Sunny Sheu, who had shown himself impervious to both implicit and explicit threats.