John Negroponte is an American diplomat and deep state functionary.

John Negroponte founded the “One Laptop per Child” project.[1]

On May 6, 2004, Negroponte was made United States Ambassador to Iraq, charged with suppressing non-violent resistance to the US occupation, including academics, trade unionists, human rights workers and journalists. May Ayres notes that "Negroponte was the logical choice for the job, having served as President Reagan's terrorist commander in Central America in the 1980's in an earlier incarnation of Washington's 'War on Terror'".[2]

Military aid to Honduras jumped while Negroponte was United States Ambassador to Honduras, from $3.9 million in 1980 to $77.4 million by 1984. Former Honduran Congressman Efrain Diaz Arrivillaga said about the US backed military in Honduras, "Their attitude was one of tolerance and silence," he said. "They needed Honduras to loan its territory more than they were concerned about innocent people being killed." Negroponte declined repeated requests for interviews made by telephone, in writing and by hand-delivered letter.[3] 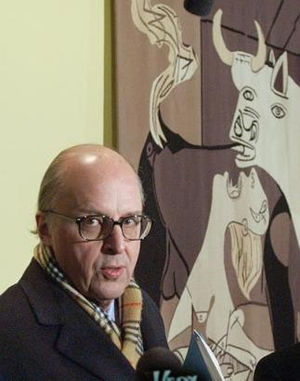