Perjury is lying under oath.

Perjury is a crime in most if not all legal jurisdictions. However, this does not reflect the consequences of the lies, but is dependent upon legal technicalities. For example:- 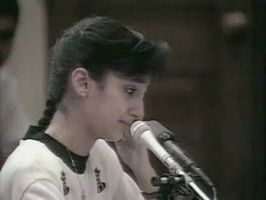 Nayirah al-Ṣabaḥ, whose 1990 testimony to a non-governmental Congressional Human Rights Caucus helped start the Gulf War. It was not perjury, since she had not sworn a legally binding oath to tell the truth

In 1990 Nayirah al-Sabah testified to a non-governmental Congressional Human Rights Caucus about the behaviour of Iraqi soldiers in Kuwait. This boosted anti-Iraq sentiment in the USA which facilitated the US invasion of Kuwait. Although later proved to be part of a multi-million dollar PR campaign by Hill & Knowlton, her testimony was not under oath and she was not charged with perjury.

In 2005, Steve Wilson and Jane Akre were being asked to lie on air by their employer, Fox News. They took legal action but the judge[Who?] ruled that Fox News had not acted illegally, since US law imposes no requirement on commercially-controlled media to speak truthfully.[1]

The penalty for perjury varies widely according to the context, and it has been ruled not worthy of punishment, notwithstanding the logical difficulty this presents for the legal process as a whole. If one suspected that judges in the USDOJ might take a particularly dim view of perjury by senior members of the CIA, one would be incorrect. The following comparison will illustrate the importance of position within the social hierarchy as far as impacting on penalty. 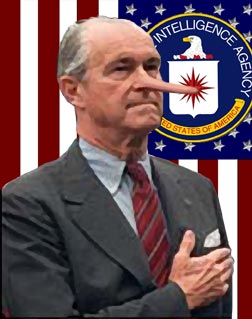 Artist's impression of Richard Helms testifying to US congress

Richard Helms, a member of the US deep state, former Director of Central Intelligence for 6½ years, when found guilty of perjury was given a 2 year suspended sentence.[2]

Paul Bonacci, a victim of the Franklin child prostitution ring, was indicted for perjury in 1999, but later acquitted and awarded $1,000,000 in damages. Alisha Owen, another victim of the same ring, was sentenced to 9-15 years for perjury after she testified in court, but served only 4½ years.[3]

Selective enforcement is widely abused in this context.

Charles A. Briggs was a US spook. He had, for example, served five years as Chairman of the Board for the Central Intelligence Retirement Association. As Inspector General of the Central Intelligence Agency, signed an affidavit that Edwin Wilson had set up the Arms for Libya deal without any knowledge of the CIA. After evidence surfaced 20 years later that this was a fabrication, and that Wilson had had at least formal 80 meetings with CIA staff, he was released and brought a counter suit. US judge Lee Rosenthal accepted that Briggs' sworn testimony was untrue, but ruled that he and his co-perjurors were immune from prosecution.[4]