The 1980 Bilderberg Meeting was the 28th such meeting and had participants from 18 European countries, the United States, Canada and "various international organizations".[1] It was held at the Parkhotel Quellenhof, Bad Aachen, Federal Republic of Germany. The 113 guests included 18 business executives, 32 politicians, 12 financiers, 12 editors/journalists and 11 academics.

The 1980 Bilderberg Conference Report has been leaked and is now online. The topic on the agenda was America and Europe: Past, Present and Future, broken down into three aspects:[1]

This was a half day discussion, with no working papers prepared.

The UK newspaper The Daily Mirror published an expose by Robert Eringer. 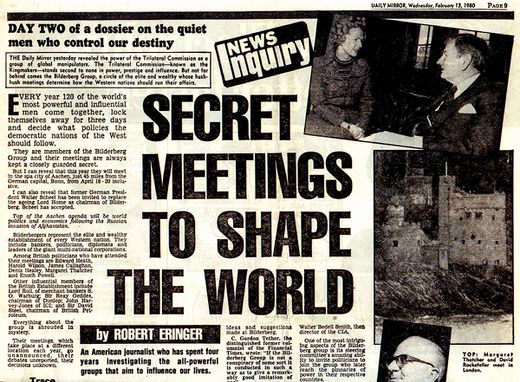