Robin Ramsay (born 1948, Edinburgh, Scotland) is an author, and co-founder and editor of the magazine, Lobster. Ramsay writes about politics, "para-politics" or Deep Politics. His books have been published by Harper-Collins and Pocket Essentials. His writings have resulted in him receiving death threats from a fascist group calling itself "Combat 18".[1]

Robin Ramsay studied at Stirling University but left after a term and moved to London. Ramsay later took a degree at Hull University where he became interested in the John F Kennedy assassination.[2]

Ramsay met fellow Kennedy assassination research enthusiast Stephen Dorril and together they started a magazine about deep politics. Entitled Lobster Magazine, it first appeared in September 1983 as a 24-page A5 magazine. Lobster was "penetrated" by MI5 in 1987, but Ramsay discovered this and was more alert to subsequent attempts at infiltration.[3]

Although Ramsay's magazine Lobster includes articles concerning political conspiracy, and he has written a book on the subject, Gareth Mclean writing in the The Scotsman newspaper, says that Ramsay "hates conspiracy theories", quoting him as saying "The term conspiracy theory is used by various intellectual establishments to dismiss people like me. It's irritating but there's nothing you can do about it."[4]

Robin Ramsay is the eldest child of a food chemist father and housewife mother.[5]

In July 1988 Ramsay made an extended appearance on the Channel 4 discussion programme After Dark, alongside Merlyn Rees, H. Montgomery Hyde and others. The programme can be accessed online here.

In the Summer 2014 edition of Lobster magazine,[7] Robin Ramsay address the Lockerbie bombing. He reviews Morag Kerr's book "Adequately Explained by Stupidity? Lockerbie, Luggage and Lies" which left him unimpressed:

"Kerr is a drole writer: chunks of dull technical stuff are punctuated by things like this (admittedly the best example) on page 178:

‘There is another possibility. Perhaps the senior detectives were so convinced of the involvement of the German-based cell of the PFLP-GC that they couldn’t conceive of the bomb not having come from Germany. In other words, perhaps those in charge of this investigation were as dumb as a bag of hammers that failed hammer school.’

"I think the case she makes is plausible: the bomb was planted at Heathrow and the Libyans are innocent. But the last detailed account of the story I read was Paul Foot’s, which was a long time ago, so what do I know?"[8]

"All the great parapolitical causes célèbres turn into quagmires and Lockerbie is no exception. The quagmire is created by the complexity of the material – which facilitates varying interpretations – the role of state agencies in muddying the water, and the incompetence of some of those who engage with the subject. One of the competents engaged with Lockerbie is the journalist and author John Ashton, whose site on the subject would be the place to start if exploring the quagmire is of interest.[9] One of those making waves in the quagmire is a former diplomat, Patrick Haseldine. Ashton has written a couple of critiques of Haseldine."[10][11][12]

He is supportive of Craig Murray’s views on the topic. 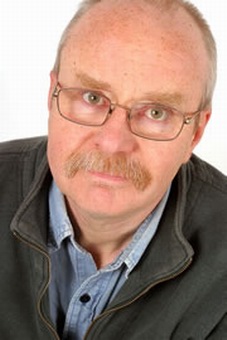