“Early in life I have noticed that no event is ever correctly reported in a newspaper.”
George Orwell (1943)  [1]

Corporate media does actively lie, but the preferred cover-up technique of deep state control of corporate media - which maintains plausible deniability - is to simply mislead, especially to lie by omission.

In 2005 the case of Steve Wilson and Jane Akre set an important legal precedent, although it was not widely reported in US at the time. The couple were fired when they refused to tailor their investigation into RBGH to suit Monsanto's wishes[2]. Ruling on their case, a Florida Court of Appeals unanimously agreed that their employer could demand that they lie since there is no rule against distorting or falsifying the news in the United States.[3]

Very little mention has been made of the MLK or JFK assassinations after the HSCA concluded that they were likely the result of conspiracies. No US national media network sent a reporter to the 1999 civil trial in relation to the assassination of MLK. 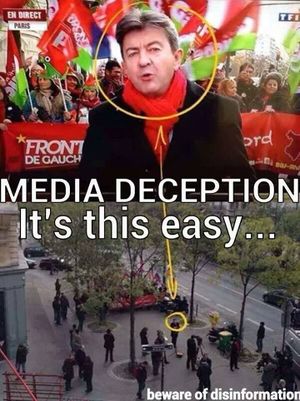 An unknown fraction of what purports to be reporting on independently occurring events is in fact part of scripted psychological operations, designed to influence public opinion one way or another. Generally, carrying out such psyops is best achieved without informing the street level reporting team. One famous example of such a staged event was the destruction of the statue of Saddam Hussein in Firdos square. 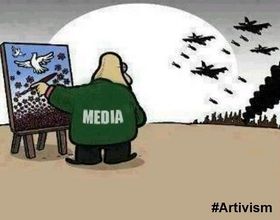 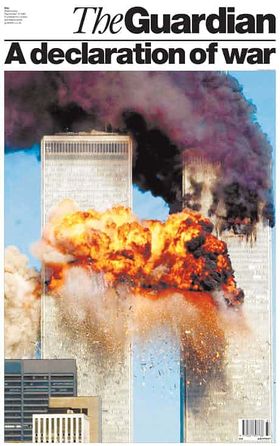 War propaganda has a long history. In the modern era, propaganda is an essential component of waging war, and the corporate controlled media are used to disseminate it. This generally features both enemy images to try to demonise the leaders or citizens of the country to be invaded, together with misdirection about the real purposes of the war.

This was a routine and effective policy in the 20th century, but the internet, by facilitating spread of alternative ideas, i.e. truth, has made the process much less reliable. MI6's Operation Mass Appeal made use of their control of corporate media.

“More and more we are seeing narratives about cyber-threats being used to advance reports of “attacks” and “acts of war” being perpetrated which, as far as the public is concerned, consist of nothing other than the authoritative assertions of confident-sounding media pundits. There was a recent NBC exclusive which was co-authored by Ken Dilanian, who is an actual, literal CIA asset, about the threat of hackers working for the Iranian government. The alleged Russian interference in the 2016 US elections is now routinely compared to Pearl Harbor and 9/11, despite no hard, verifiable evidence that that interference even took place ever being presented to the public.”
Caitlin Johnstone (11 August 2018)  What If There Were No Official Narratives? [4]

An uncertain but large proportion (perhaps >50%) of television news footage in USA is in fact VNRs (video news releases) produced by 3rd party corporations, as a kind of stealth advertisement masquerading as news. 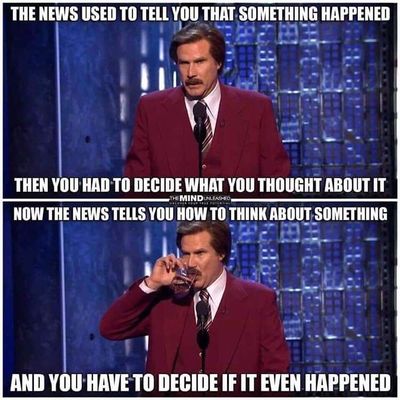 Where false flag events are used, the support of corporate media is more or less essential. This a common method to try to facilitate a single policy change, such as promoting a war or rolling back a civil liberty, but may also be part of a longer term strategy of tension. The events of 9/11 are a very important example and served a multiplicity of purposes. Not only was corporate media supine in the face of the attack on US civil liberties, but by failing to ask obvious questions about the 9-11 official narrative it promoted public support for the 2001 invasion of Afghanistan. The same attack was used to justify the 2003 invasion of Iraq, following an extensive misdirection campaign by the US Pentagon[5] and MI6's Operation Mass Appeal, an MI6 campaign of black propaganda ordered by the UK Deep state.

The 2011 attack on Libya was framed by the Western commercially-controlled media as "humanitarian intervention", which has also sought to justify invasion of Syria on the same grounds. "Western governments and western corporate media have promoted a common narrative on Syria."[6]

The US public no longer has the faith it used to in corporate media. The proportion of Americans expressing a “great deal of confidence” in the press fell from 28% in 1976 to just 8% in 2016.[7] 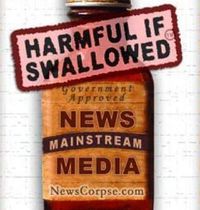 In Autumn 2016, the US Deep state launched the "Fake news website" campaign, an attempt to scare people back to traditional media such as television and newspapers, which they had long controlled through Operation Mockingbird. This attempt backfired, leading to widespread use of the phrase "fake news", which increased public awareness of the importance of cross checking news sources, further undermining faith in sources which are discovered to be mendacious.

9 April 2019 Robin  An overview of this important topic