The European deep state (EU/DS) is a component of the supranational deep state. While the continent of Europe has hosted many important deep state milieux over the centuries, the EU/DS only really took shape after World War II, with the establishment of the continent wide Gladio network. Józef Retinger's Bilderberg Group oversaw the project to formally eclipse national sovereignty under a pan-European legal superstructure while Le Cercle's activities included the subversion of democratic European governments and the installation of puppet leaders.[1]

Elements[Which?] within the UK deep state (and other deep states) were active in promoting World War I, which impoverished and traumatised the population of Europe (and beyond). This ended the primacy of the overt British Empire and shifted the balance of military strength away from Europe. The Money Trust, which had taken control of the US government, had also just taken over the US dollar, resulting in a rapid global shift of deep political influence to the United States.

The current European Union had various predecessor institutions such as the European Coal & Steel Community (1955-2002) and the European Economic Community, which were controlled through the Bilderberg group. The gradually expanded the membership and reach of these institutions in a premeditated project to eclipse national sovereignty. The report of the 1989 Bilderberg records that “A Briton agreed that "supranational consciousness" was not yet very fully developed within the E.C. countries, and thus it was important to avoid the supranational ambitions of the E.C. institutions going too far too fast.” [2]

Europe has seen the genesis of most of the world's most influential deep state milieux. 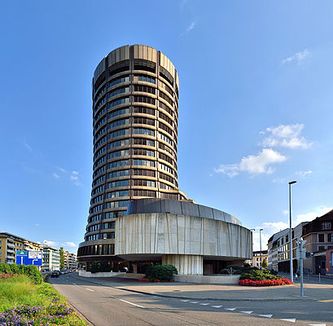 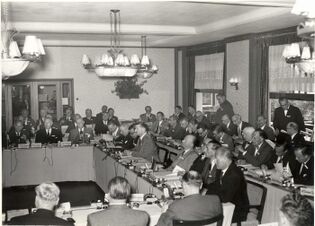 The Bilderberg was set up in 1954, but is not a European as much as a Western deep state milieu; from the outset there were designs to create a European Union. This proceeded through a set of gradually expanding international agreements, such as the European Coal and Steel Community. Former chairman of the Bilderberg Steering Committee, stated that the Bilderberg group "helped create the euro in the 1990s".[3] 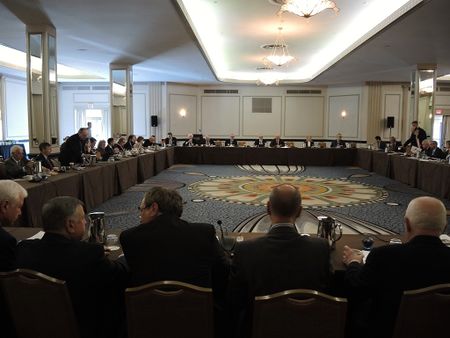 Le Cercle was started in the early 1950s "to cement Franco-German relations, as a buffer to Soviet aggression during the Cold War."[4] It was confined to Europe for years (the first Cercle meeting in the US was in 1968, hosted by David Rockefeller.[5] In the 1970s, its activities included subversion of UK governments which it deemed as left wing.