Novichok is a chemical nerve agent that came to prominence during the Skripal Affair, where the official British narrative contains several strange and contradictory statements regarding the chemical weapon. These discrepancies also cast severe doubt on a later OPCW analysis of a British sample declaring it to be novichok.

Novichok nerve agents are binary agents, meaning that they are prepared by mixing two substances. They have a short live span, making exact determination of their origin difficult. It is instant acting and can work though skin contact.

Unlike traditional poisons, nerve agents don’t need to be added to food and drink to be effective. They are quite volatile, colourless liquids. The concentration in the vapour at room temperature is lethal.

The symptoms of poisoning come on quickly, and include chest tightening, difficulty in breathing, and very likely asphyxiation. Associated symptoms include vomiting, massive incontinence and bringing up blood.

Eventually, one dies either through asphyxiation or cardiac arrest. There is no description in the scientific literature of a nerve agent having the extraordinary time delay effect observed in the official Skripal narrative[1]

If the nerve agent was on the home door handle and the Skripals touched it, the onset of these symptoms would have occurred before they reached the car.

According to British chemical weapons expert Hamish de Bretton-Gordon,[2]novichok is a deadly nerve agent that was allegedly developed in the Soviet Union at a laboratory complex in Shikhany, in central Russia.

Vil Mirzayanov, a Russian chemist who in the early 1990s revealed the existence of that class of ultra-powerful nerve agents, claimed that Novichok was tested at Nukus, in Uzbekistan. Mirzayanov defected to the United States in 1995.[3], where he was elected to the Presidium of the Milli Mejlis of the Tartar People in exile, and published a Declaration of Independence of Tatarstan[4] (presently a province of Russia.)

Former British ambassador to Uzbekistan, Craig Murray, who visited the site at Nukus, stated it had been dismantled with US help.

Despite the British claims that the Russian state was "highly likely" responsible, and the of poison was of "a type developed by Russia", a large number of countries had at some point had access to or the knowledge to make novichok. These countries include the UK itself, Germany, Czechia, Sweden, France, and the United States[5].

In relation to the Skripal Affair, Russia submitted evidence that the Novichok nerve agent was produced and patented in the United States as a chemical weapon in 2015, and was mentioned in over 140 patents in the period 2002-2016. [6] 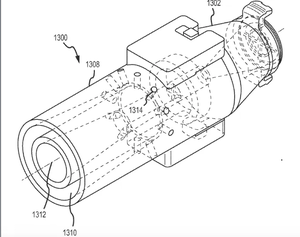 The British official narrative has several other strange implausibilities.

As Hamish de Bretton-Gordon repeatedly stated[8][9], he claimed to know Borisov and Petrov smuggled in a Nina Ricci perfume bottle filled with "less than half an eggcup full" (about 15 mls or 15 grams) of novichok. This amount would have been sufficient to kill about 5,000 people if the bottle had broken, an unprecedented incident. A glass phial containing just one drop would have been sufficient to kill Skripal.

An anonymous British security source said to media at the time that “It amounts to Russia’s tradecraft manual on applying poison to door handles. It’s the smoking gun. It is strong proof that in the last ten years Russia has researched methods to apply poisons, including by using door handles. The significant detail is that these were the facts that helped persuade allies it could only be Russia that did this.”

Former ambassador Murray also points to the extraordinarily happy coincidence, of the nerve agent being on the door handle, and the British government having a Russian manual on applying nerve agent to door handles, bringing Murray to question whether this Russian manual is real. "It strikes me this is improbable – it rings far too much of the kind of intel they had on Iraqi WMD. It also allegedly dates from the last ten years, A key question is of course how long the UK has had this manual, and what was its provenance.

"Another key question is why Britain failed to produce it to the OPCW – and indeed why it does not publish it now, with any identifying marks of the particular copy excluded, given it has widely publicised its existence and possession of it. If Boris Johnson wants to be believed by us, publish the Russian manual."

“The same people who assured you Saddam Hussein had WMDs now assure you Russian ‘Novichok’ nerve agents are being wielded by Vladimir Putin to attack people on British soil.”[10]

Novichok was featured in episodes 50,51 and 52 of the spy drama Strike Back, which was shown in the US and the UK between 21 November 2017 to 9 March 2018. Central to the plot in the first half of the season is Karim Markov, a Russian scientist who has devoted his life to developing Novichok nerve agents. The dialogue frequently name-drops Novichok, in episodes that were shown in the weeks before the Skripals were discovered.[11]