“Yesterday I was at a reception for Prime Minister Trudeau, and I know that half of this cabinet, or even more, are actually Young Global Leaders of the World Economic Forum...It's [also] true in Argentina and in France now with the President a Young Global Leader.”
Klaus Schwab (2017)  [1] 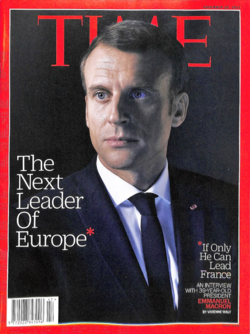 Emmanuel Macron became president of France. After introducing internal passports and mandated "vaccines", he promised to "fuck up" the lives of the "unvaccinated"