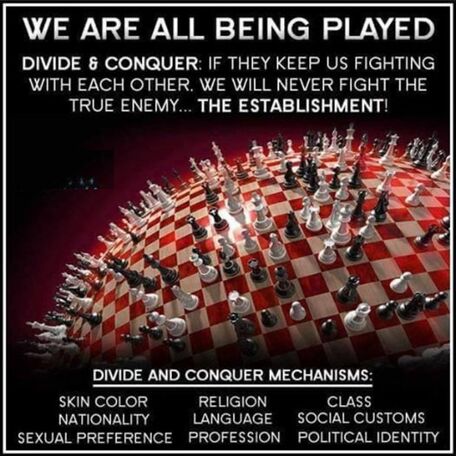 The "left/right" divide of the political spectrum has long worked to promote opposition among political parties. 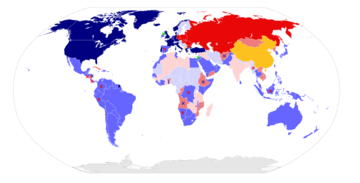 The world divided into two geopolitical camps in 1980.

The Cold War was a major element of the backdrop of geopolitics post-WWII. It lasted until 1989, after which the threat of "terrorism" was promoted as a replacement enemy image to stifle talk of any "peace dividend".

The use of 9-11 as a casus belli has caused ever increasing suspicion about purported threats,[citation needed] and now MI6's Operation Mass Appeal is exposed, the general public are increasingly aware of how the MICC promotes the permanent war economy.

In 2018, the Integrity Initiative was exposed as a UK Deep state group that, undercover of defending the UK democratic preocess against "Russian Propaganda" was in fact busy subverting the democratic process itself, and actively promoting Russophobia and a new cold war.