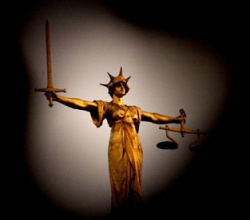 ★ Start a Discussion about this document
Maggie's guilty secret

One of the biggest secrets of Margaret Thatcher’s premiership was that during the 1980s she and her Cabinet authorised a long running and totally illegal operation to supply arms secretly to both Iraq and Iran, in contravention of UN resolutions and British law. Billions of pounds worth of arms were exported illegally. Parliament was lied to and British ministers, officials and businessmen made fortunes from the illicit trade before it was discovered and swiftly closed down.

The story starts in 1978 with the White House and a behind the scenes deal with Iran. The US, which had supported the Shah of Iran for years, was beginning to find his increasingly oppressive regime embarrassing, both at home and abroad. President Carter ordered the CIA to begin secretly supporting the Iranian opposition, with a view to replacing the Shah and establishing a stable government favourably inclined to the US. The Carter administration began to channel support to those backing the Ayatollah Khomenei, with the result that in late 1979 the Shah was overthrown by a revolution.

Despite this US support, the populist Islamic revolution got out of US control, with the result that on 4 November 1979 the US Embassy in Tehran was invaded by militant students, taking 52 embassy staff hostage. The Carter administration tried to negotiate their return, but Khomenei was intent on humiliating the 'Great Satan', as he called the USA.

By 1980, as his opinion polls fell week by week, Carter was under intense pressure to do something to rescue the American hostages. He authorised a daring secret rescue mission in April 1980, landing American forces deep inside Iran

Operation Eagle Claw turned into a disaster. A helicopter collided with a KC-130 tanker on the ground; 8 soldiers were killed and the mission aborted. It was a national humiliation for the US and wrecked Carter’s chances of retaining the Presidency.

An increasingly desperate Carter then turned for help to Saddam Hussein of Iraq who, in 1980, was strongly anti- Iranian and pro-American. In return for secret financial and logistic support from the US, on 22 September 1980 Iraq attacked Iran. The White House expected that Iran, then on the point of economic collapse and now embroiled in a major war with Iraq’s powerful armed forces, would agree to release the hostages if the US interceded to stop the Iraqi onslaught. But the White House miscalculated – badly. The Khomenei regime dug in, politically and militarily.

William Casey, the unscrupulous millionaire business man organising Ronald Reagan’s Presidential campaign, had known all about the US’s supposedly secret negotiations with Iraq, and even the details of Operation Desert Eagle itself. Behind the scenes Casey approached Mohammed Hashemi, a CIA agent in Iran, and negotiated his own secret deal on behalf of Reagan, whereby the US promised to sell large quantities of high tech weapons secretly to Iran for their war, but on condition that Tehran hung onto the 52 hostages until Ronald Reagan was President. Iran agreed to what was, by American law, virtually a secret pact with the Devil.

On 20 January 1981, the very day that Reagan was being sworn in as President, the hostages were finally released and Bill Casey was appointed as Director of the CIA. Casey, a man who as CIA Director famously said "Fuck the law", now had to implement his promised arms deals with Tehran. To achieve this, he ordered the CIA to set up a network of legitimate companies across Europe and the Middle East, in particular Britain and Israel, in order to secretly supply illegal arms to Iran.

The main British company, called Allivane International, was set up at Cumbernauld near Glasgow with CIA money and government assistance from the Scottish Business Development Fund, registering in 1982 as company number 1621896. The directors were briefed personally by CIA Chief Casey and Ed Meese, Reagan’s foreign affairs advisor, and sworn to secrecy.

The British cabinet set up a secret sub-committee to oversee the project, with both the Home Office (MI5) and the FCO (MI6) ordered to support the illegal exports. Michael Heseltine, Geoffrey Howe, Willie Whitelaw, Francis Pym and PM Thatcher all gave the secret project government blessing. During the 1992 Matrix Churchill trial ex-Minister Alan Clark let the cat out of the bag revealing that the interests of the West were best served by Iran and Iraq fighting each other, and the longer the better.

The plan was totally illegal. US export regulations banning the export of arms to the warring nations were strict. But in Britain the situation was different. Every type of military equipment could be exported provided it had a government- approved ‘end user certificate’ supplied by the MoD . The British were ordered to get round the UN and Parliamentary ban by supplying false ‘end user certificates’. These were drawn up by Mr James Taylor, Assistant Director of the Defence Sales Organisation; and, armed with these false end user certificates, between 1982 and 1986 Allivane exported £1.4 billion of arms to Iran and £3.6 billion to Iraq on behalf of the CIA and the Thatcher government, in conditions of great secrecy. British officials were muzzled by the Official Secrets Act and Parliament was deliberately misled.

The contracts themselves were supplied by British Aerospace, Royal Ordnance, ISC Ferranti, Smiths Instruments, BMARC and Astra Defence Systems, among others. The contracts were drawn up by the Defence Sales Organisation under Sir Peter Levene, with the Board of Trade and Midland bank supplying finance through government-backed Export Credit Guarantees controlled by ex-MI5 officer Sir John Cuckney, on behalf of Whitehall’s International Military Services.

Illegal false end user certificates were provided by Whitehall for countries such as Spain, Portugal, Jordan, Saudi Arabia, Cyprus and Singapore. On arrival the arms were then forwarded to Iraq or Iran, usually funneled through Jordan or Cyprus (some shipments of propellant – falsely labelled as chocolate – were, unknown to him, hidden among consignments sent through Asil Nadir’s Unipac in North Cyprus).

But by 1986-87 the story was beginning to unravel. Astra Explosives in Kent were working a phantom third shift to supply the contracts and the company’s accounts did not match the massive secret turnover. When MD Gerald James queried these strange goings on, he was ousted in a boardroom coup organised by Stephan Kock, an MI6 agent placed on the board by Cuckney and MI6 to oversee Astra’s illegal contracts.

Too late, however: the secret was out. The Netherlands police were investigating the movement of explosives from Muiden Chemie to Portugal on an Allivane contract and demanded sight of Allivane’s accounts. In a panic the secret operation was hastily shut down; In 1987 Allivane was raided along with Astra and Matrix Churchill by Britain's Customs and Excise, and literally thousands of documents impounded as ‘evidence’, most never to be seen again.

With the trail now cold, Allivane and many other CIA front companies shut down their bank accounts and let the companies go bankrupt over the next two years. The CIA’s clear-up job was done.

Those who tried to reveal what had gone on were swiftly crushed on government orders: Matrix Churchill’s directors were arrested; Gerald James was hounded and threatened by the police; and the Serious Fraud Office and HM Customs began to raid and threaten companies associated with the project.

However not all the Thatcher government secrets disappeared into the black hole of the "British justice system". Copies of a number of contracts were taken in evidence by the Metropolitan Police as the investigation unfolded. These still exist and point directly to the direct complicity of the CIA, Whitehall and the Conservative government in a murky tale of illegality and corruption at the heart of the Reagan and Thatcher administrations.

Many got rich out of the inside knowledge and huge profits that flowed from this major breach of UN resolutions and British law. The finance director of Allivane alone admitted to receiving £2 million in commissions, and both Levene and Cuckney retired as millionaires, as did many others at the heart of the Thatcher government.

The whole sordid issue was hushed up by the Scott Inquiry; but to this day the full story of Maggie’s Guilty Secret has never been told – and probably never will.