Hezbollah is a Shia Muslim political party and militant group based in Lebanon that the United States and European Union have blacklisted as a terrorist organisation.[1][2]

In March 2016, after the Arab League designated Hezbollah a terrorist organisation, Saudi Arabia decided to cut $4 billion in aid to Lebanese security forces since Lebanon declined to join resolutions critical of Iran and Hezbollah.

Saudi Arabia and other predominantly Sunni Islam Persian Gulf states have also cut Lebanese satellite broadcasts, expelled Lebanese expatriates they say have ties to Hezbollah and warned their citizens against travelling to Lebanon.[3]

The UK parliament has decided that, from 1 March 2019, supporting either the military or political wing of Hezbollah is an offence carrying a sentence of up to 10 years in prison.[4][5]

Hezbollah's paramilitary wing is the Jihad Council,[6] and its political wing is Loyalty to the Resistance Bloc party in the Lebanese parliament.[7]

After the death of Abbas al-Musawi in 1992, Hezbollah was headed by its Secretary-General, Hassan Nasrallah. On 13 May 2016, Hezbollah's top military commander Mustafa Badreddine was reported to have been killed in an Israeli drone strike near the airport in the Syrian capital Damascus.[8] The BBC reported on 14 May 2016 that Hezbollah had claimed Badreddine's death "was the result of artillery bombardment carried out by takfiri groups in the area" without explaining how an artillery strike could have been so surgical as to kill only him.[9]

Thousands of people attended the funeral in Lebanon's capital, Beirut, of top Hezbollah military commander Mustafa Badreddine.[10] He died in an explosion near Damascus airport, the Lebanon-based group said, adding it would announce "within hours" its report into the killing. Hezbollah has sent thousands of troops to support Syria's President Bashar al-Assad. In 2015, the US said that Badreddine was behind all Hezbollah's military operations in Syria since 2011. He was also said to have been involved with the assassination of former Lebanese PM Rafik Hariri in Beirut in 2005.[11]

At the 2017 Herzliya Conference, organised by the Israeli Institute for Policy and Strategy, Major-General (Ret'd) Amos Gilead, head of IPS,[12] said:

“As ISIS sinks, what rises in its place is an alliance presently forming in front of our eyes: Iran, Hezbollah, and Assad (Syria). I call it ‘Hezbollastan’, a much stronger entity that is a strategic threat to Israel."

Moscow, said Gilead, had taken a “strategic decision to support this alignment". He warned against a potential future war on Israel’s northern borders led by Hezbollastan and financially backed by the Kremlin.[13]

Andrei Fursov stated in 2014 that "Cocaine is transferred to Sierra Leone, where it is exchanged for diamonds. With the diamonds they purchase arms. This triangle - Hezbollah, Syria, Iran - gets in the way of the Americans. They take the view, correctly, that eliminating Syria as an Arab partner of Iran, whether relations with Iran are good or bad, Iran will be weaker, and it will be easier to get an agreement with them. The removal of the Assad regime therefore became objective No.1 for the Americans. Likewise for Saudi Arabia and Israel."[14] 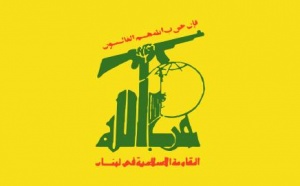