John Kerry has been termed "the Senate's most globalist-oriented insider".[1]

"When you stumble across a sordid history of a leader whose family fortune was made in the China opium trade and who has reinvented their ethnic backstory for the purpose of political favor, then it’s time to throw a red flag and cry foul — and it’s time to throw a flag on U.S. Secretary of State John F. Kerry."[2]

The Kerry Committee report was the final report of an investigation by the Senate Foreign Relations Committee's Subcommittee on Terrorism, Narcotics, and International Operations into the "possible role of" the Nicaraguan Contras in drug trafficking. This Sub-Committee was chaired by Senator John Kerry.

In the 2004 US Presidential Election, bonesman John Kerry was the Democratic Party candidate, up against fellow bonesman, George W. Bush. 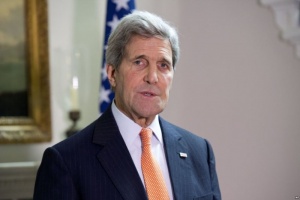 +
Display lifespan
Born 11 December 1943 +
Has almaMater
Yale University +  and Boston College +
Has bilderbergCount
1 +
Has birthPlace
Aurora +, Colorado +  and U.S. +
Has cercleCount
0 +
Has child
Alexandra +  and Vanessa +
Has cspan
https://www.c-span.org/person/?johnkerry +
Has fullPageName
John Kerry +
Has fullPageNamee
John_Kerry +
Has image