Larry Silverstein is a businessman and deep politician who personally made a lot of money from the events of 9-11. After leasing the World Trade Center earlier in 2001, he took out insurance against "terrorism", which paid securing a $4.55 billion.[1] He then sued the airlines for over $1 billion, charging them with "negligence" for letting the 19 hijackers onboard, and in November 2017 he was given over $95 million by U.S. District Judge Alvin Hellerstein.[2] All this litigation about inspired Kevin Barrett to award a "Larry Silverstein Chutzpah Trophy".[3]

In 1993, Harry Miller, a veteran of the Vietnam War, sued Larry Silverstein, together with Richard Nixon, Bill Clinton, Ross Perot and Colin Powell, alleging that they had perpetrated acts including serial murder for 25 years, since the war in Vietnam, as part of a conspiracy to distribute heroin. In January 1994, a New York court threw out the suit; an appeal by Miller was later rejected. The suit was not reported by the commercially-controlled media at the time.[4]

On July 24th, 2001 Larry Silverstein, who already owned World Trade Center Building 7, signed an extraordinary 99 year lease for the Twin Towers and Buildings 4 and 5. Silverstein Properties only put down $14 million of its own money.[5]

Silverstein's fixed habit was to have breakfast and coffee every morning at “Windows On The World” in “World Trade Center”, but on September 11, 2001 he happened to have a dermatologist's appointment in the morning. None of his family members were there on that morning.[6]

Although the WTC complex earlier that year had been valued at just $1.2 billion, and had previously been insured for just $1.5 billion[7] Silverstein had the contract rewritten to explicitly stated that if the structures were destroyed, then Silverstein Properties would be allowed rebuild them, and also to increase the amount of retail space on the site.[8] insured the buildings for "$3.5468 billion per occurrence".[9] His insurance broker struggled to put that much coverage in place and ultimately had to split it among 25 dealers.[7] The negotiations were so involved that only temporary contracts were in place for the insurance at the time the lease was signed and the contracts were still being finalized in September. In the event(s) Silverstein stated that the two planes constituted two terrorist attacks, and so $7.11 billion would be applicable.

After a legal battle, in which Rudy Giuliani's close friend Michael Mukasey was heavily involved, Silverstein settled for $4.55 billion.[1][10][11]

Silverstein also sued the airlines concerned for "negligence". A Reuters report of January 2015 states that he was seeking $1.2 billion.[12] His lawyers submitted that that "The September 11th attacks were a financial catastrophe". A judgement from the 2nd court of appeals issued on 17th September 2015 put the case on remand due to an incorrect valuation methodology.[9] In November 2017, he was given $97 million by Alvin Hellerstein. His legal team reported that they were happy to "bring to a close this hard-fought thirteen-year litigation on terms agreeable to the parties".[2]

Retrieved from "https://wikispooks.com/w/index.php?title=Larry_Silverstein&oldid=137736"
Categories:
... more about "Larry Silverstein"
RDF feed
Born on
May 30, 1931 +
Constitutes
Deep state actor +  and Businessman +
Description
A multi-billionaire who took control of th … A multi-billionaire who took control of the twin towers in 2001, upgraded the insurance significantly, allowing him to profit from their demolition (although terming it a "financial catastrophe") and as of September 2015 was still pursuing legal action to obtain further billions.g legal action to obtain further billions. +
Display born on
30 May 1931 +
Display docType
Wikispooks Page +
Display image
File:Larry Silverstein.jpg +
Display image2 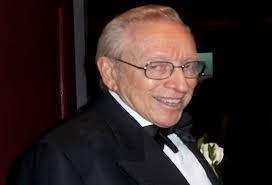